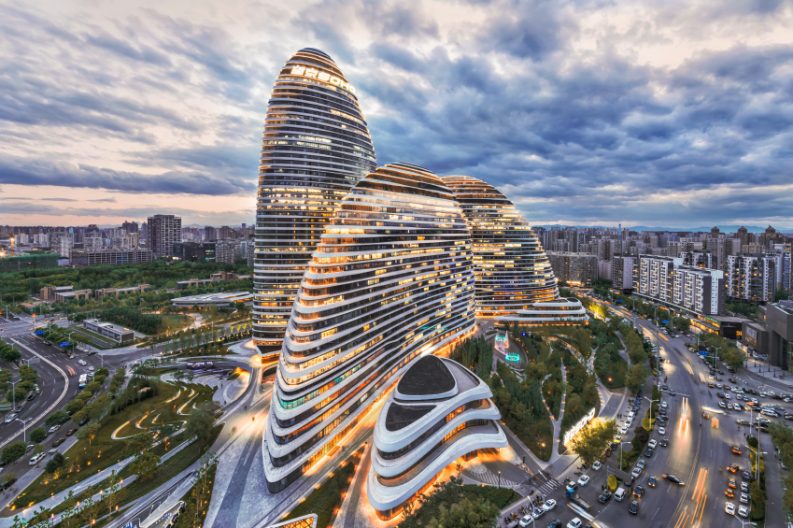 ‘Online literature is an important topic for this year’s conference,’ says Frankfurt Book Fair’s Juergen Boos, as his team prepares to participate in the fourth annual doing of StoryDrive China. In place this year from May 28 to June 1, the program “encourages cross-media exchange and rights transactions between different media sectors and between China and [other parts of] the world,” according to a prepared statement from Liang Jingyuan, who directs the China International Fair for Trade in Services program (CIFTIS).

On May 29 and 30, the program features a conference that focuses on “storytelling across cultural and international borders, and the rights trade,” organizers say. Some 20 speakers from Brazil, China, India, Indonesia, Germany, and the UK are to include:

As we’ve reported, StoryDrive is expanding this year to include a November 10-12 iteration as StoryDrive Asia in Singapore by Frankfurt Book Fair, in cooperation with MP Singapore and the Singapore Book Publishers Association.

Preparing for the Chinese event later this month, Frankfurt Director Juergen Boos is quoted as saying: “The Chinese publishing market continues to grow rapidly and international cooperation between China and the global publishing community play an increasingly important role in that process. As the second largest publishing market in the world and an extremely fast moving digital entertainment market, China is an integral part of global content industry. Since 2012, the StoryDrive conference and exhibition has established itself as a strong brand name in this sector.”

Boos is one of several featured players in the Beijing program to be interviewed in advance by the StoryDrive team. In his comments, published today (May 18) in China, he talks about two specific points of concentration for this year’s StoryDrive China: “One is to explore the latest trends in storytelling and story selling in China, especially in film/TV adaption and online video. This is a fast growing market which is still not well-known enough to the outside world.

“The other focus is presenting different regions with different languages and cultural backgrounds. By presenting senior publishers and professionals from Southeast Asia and South Asia, StoryDrive will encourage information exchange and copyright transactions. I am looking forward to Mr. Wu’s keynote, I am sure it will be very interesting–and online literature is an important topic for this year’s conference.”

The reference to Mr. Wu is to Wu Shulin, Director General of the Publishing Association of China, whose opening keynote will follow Boos’ opening comments on the 29th.

In his pre-event interview, Wu points up an set of four critical issues: “First, the revolutionary advances of the IT revolution has resulted in enormous changes in book intelligence…What can the industry do to hold on to the essential functions of publishing as well as library and distribution work?

“Second, the significance of publishing and distribution work must be positioned in a country’s development…The key is to raise the quality of published material.

“Third, one should be fully aware of the impact of IT and the internet on the publishing industry.

“Fourth, the station of book intelligence work will be further manifested.”

Another speaker. the Indonesian author Laksmi Pamuntjak, now working on a third novel, has spoken to StoryDrive China organizers about her experience of internationalism in content. She talks of what might help make a book travel well: “The quality of the translation is crucial–it can make or break a book.

“I also think a certain accessibility, or what people like to refer to as ‘universality,’ is important, as well as a generosity with one’s history. But a foreign audience cannot be educated without being entertained or intrigued or moved at the same time, which is where ‘freshness’ is equally crucial, especially in an international market saturated with ‘universal’ stories from all over the world.

“There has to be something that distinguishes your work from the pack, somehow. Your voice has to be unique.

“You also need to have a sense of proportion as to how much is too much (as in, don’t burden a foreign audience with potted lessons of history, or cultural particularities) so as to keep your audience engaged…

“As a former concert pianist steeped in the Western classical musician tradition, the language of music greatly enriches my vocabulary, as well as provides, more instinctively, the structures of sound and rhythm and musicality I always seek in my writing, especially poetry.”

And Autêntica Publishing Group’s Executive Director Rejane Dias Dos Santos has spoken to StoryDrive about her views on Brazilian outlook, ahead of her commentary to come at the event: “We are going through an economic crisis that is obviously affecting the publishing industry as a whole. However, we believe that it will not last much longer, because it is primarily a political crisis.

“Just as the Chinese ideogram for crisis brings together danger and opportunity, we have opened new doors with much enthusiasm, besides investing in our team, exploring their creativity and creating new products that might not have been thought before if we were in another economic situation.

“In addition to seeking new publishing opportunities, we are also investing in a more efficient communication through the social networks, especially with the young audience.

“Therefore, we seek innovation every day to explore the faster new waves…and since Autentica Publishing Group grew 44 percent in retail sales in 2015, we intend to grow beyond 40 percent in 2016.

“I believe that many Brazilian publishers are following a similar path, trying to discover new international and Brazilian authors, venturing into new projects and believing in steady growth in the number of readers in Brazil, especially in the youth segment.”

The conference agenda for StoryDrive China is here. The venue for the event is the third-floor auditorium of the China National Convention Centre in Beijing.

For more on StoryDrive’s particular meld of media and entertainment issues and commerce, visit this year’s site.