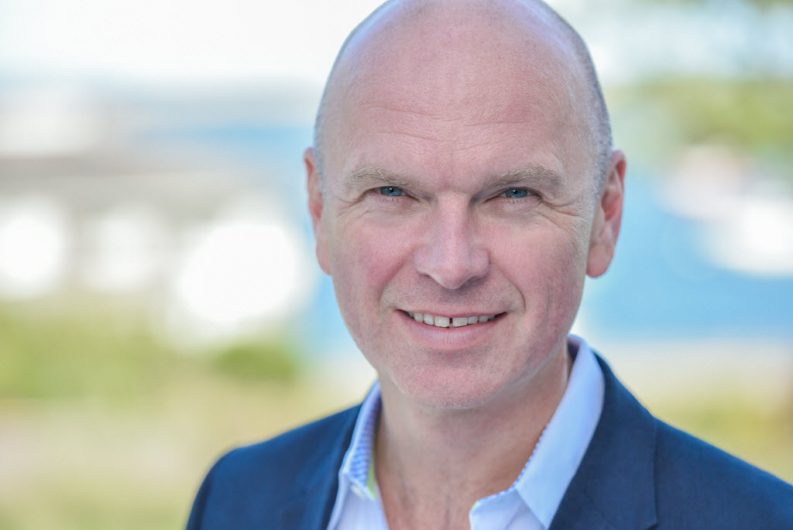 Cengage CEO Michael Hansen on the challenges of textbook publishing and the platform-based solutions that his international company is working on. ‘I Wish They’d Had This When I Was in School’

“We are, behind Pearson, the largest education company in the world, arguably. And unlike Pearson, we’re very much focused on the higher-ed segment of education, anything post-high-school.”

As trade publishing industry specialists focus on their own progress and challenges, you often catch a voice somewhere in the room saying something along the lines of, “We could sure learn a lot from somebody in the educational sector about now.”

Michael E. Hansen is just such a person, not least because prior to becoming CEO of Cengage Learning in 2012, he served as Executive Vice President of Operational Excellence with Bertelsmann. He knows his way around the trade. And he has titled his coming keynote address at Berlin’s Publishers’ Forum on the 28th of April, “Growth Strategies in a Changing Market” — precisely the sort of dynamic the trade wants to know about in a time of content-glutted markets and slow growth in readership.

“You can think of our market,” Hansen says in an interview with Publishing Perspectives, “as 18-year-olds and above. And right now, particularly in the US but also around the world, the learners really span all the age ranges. The average learner is not anymore like the 21-year-old kid in college but is the 42-year-0ld single mom who is trying to get an additional degree.

“We are a US$1.7 billion company” headquartered in Boston, with offices and facilities in India, the UK, Mexico, Brazil, Singapore, and Australia. “Our origins and roots have been in the US education system. About 80 percent of our revenue is still in the US but our international activities are growing quite rapidly and are now about 20 percent of our total revenue.”

“In the United States, 70 percent of the [college] faculty is adjunct. This is a figure that’s not well-known, but these are people who typically teach at several institutions at a time.”Michael E. Hansen, Cengage

China and Latin America, Hansen says, are especially active growth markets for the company. And there’s been a substantive change, he says, in the efficacy of what’s being developed now for the non-US markets. What once might have been mainly American content “somewhat adapted for these markets” with a change of to metric from English measurements, for example, he says, now is “not only adaptation but also real customization for these markets that we’re serving internationally.

“This goes hand-in-hand with the digitization of our business. When we became much more platform-based and less book-based, we had the ability to customize — without huge, significant additional investments — the content and features and functionalities that the international markets were requiring that the US market wasn’t requiring. It’s a phenomenon that’s happened more over the last three years than in the past 20 years, a much more recent phenomenon.”

The common line, of course, is that the trade has been reluctant to embrace digital while the educational sector has been more proactive in its transition. His trade background kicking in quickly, Hansen wants to qualify that notion on behalf of his trade colleagues in the industry:

“I would say there’s another fundamental difference between us and trade. And I see this from experience because in prior [parts of my career] I was at Bertelsmann, which owns Random House, and I’ve done a fair bit of work in trade publishing.

“If you think about the impact of digital on trade versus education, the major thing you can do with a trade book [in digital] is put it on a platform. A novel is a novel is a novel. You read it on the Kindle or you read it on paper. There’s not that much difference in the experience. You can put additional media in there…but the use-case is limited.

“But in education, there’s a fundamentally different impact from digital: you can actually change the importance of the content in the work flow of the faculty and the student.

“We used to publish a textbook, [for the sake of discussion] An Introduction to Chemistry. It had 250 pages, it had 12 chapters, and you went through it chapter-by-chapter to understand the basics of chemistry.

“What we have on the  market now is called MindTap Chemistry” or other subject, “which is a holistic course experience. It’s very personalized to the individual student. I can tell you exactly where you stand in your understanding of the content. I deliver different modalities of the content. I might give you a video about how molecules behave. I allow you interactive ways to actually design molecules. And I test you in the meantime as to how good you are in understanding this concept and whether you’re ready to go on to the next concept.

“If Porter the Student in his first year doesn’t understand this chemistry concept” being covered in a particular part of the MindTap program, “instead of saying, ‘Porter, you really didn’t get it, let me show you the same thing again’ — and based on data I’ve gathered about the way you learn — I can now dish out this concept in a different way, a different modality, explaining it another way. For example, maybe you’re better at understanding a concept if given specific examples, use-cases. Then now, instead of describing it the way it was described in the textbook chapter, I’m actually giving you specific examples. And then I measure again whether you actually understood this. So I can make the content very adaptive to your personal way of learning. That adds enormous power to this concept.

“This is where we’re seeing tangible improvements in the way students understand concepts and ideas and the way to apply them in context.”

In MindTap’s promotional video below, for example, the student mentions flashcards and quizzes. Those quizzes are checking his levels of comprehension, of course, so the course can adjust to where he is with the content.

‘You’ve Got To Give Students Options’

“We have this in about 550 courses available across the spectrum” today, Hansen says. To put that into context, he says, there are some 2,000 courses in the United States today, so the MindTap system at this point can address roughly 25 percent of that overall span of coursework.

“It’s deployed across the board. Every major college in the United States” has some element of the program at work, he says. But the program is not rolled out to an entire college. “In the US, it’s an individual adoption system, every professor can decide, by and large, what they want to teach, what materials they want to teach, and with what solutions.

And while Hansen says he appreciates the general credit that educational work is sometimes given for having moved more comfortably and effectively into digital arenas, what such programs as Cengage’s MindTap can do are partly enabled because their content can “go into completely different areas” of presentation and user-interaction “from the book. Relative to where we can go, we’re still only, I would say, 30- to 40-percent of the way there.”

What Are the Challenges? Where Is the Pushback?

“The first place we get pushback is in faculty,” Hansen says. “And to put that into perspective for you, in the United States, 70 percent of the faculty is adjunct. This is a figure that’s not well-known, but these are people who typically teach at several institutions at a time. They prepare their lectures in the parking lots on their laptops. They are highly dependent on the income, they don’t make a lot of money. This is not the Harvard professor, tenured, who contemplates the future of the world. These are people who are struggling paycheck to paycheck and trying to make things work.”

This means that digital coursework, Hansen says, can seem to many in the adjunct workforce “as a threat to their very existence because, they say, ‘If I adopt that, what is the value that I provide anymore when the student can be self-paced?'”

The answer to that, Hansen says, is that the instructor using MindTap has the chance to allow it to handle the 50 percent of students “in the middle” and, instead, to teach to the 25 percent of those how might be slower or faster learners, the needier ends of the spectrum, both remedial and advanced “who really need an additional challenge.”

Cengage’s data, he says, indicates that the improvement in learning for both those “ends” of the spectrum are highly promising but understanding that can be a hurdle for teachers who fear the system might replace them.

“The other form of pushback we get,” he says, “is a teacher saying, ‘I don’t want to look stupid'” in relation to the technology Cengage is using. The precise fear is that a student will come forward to say that he or she is having trouble using the system and the teacher won’t be able to assist.

The answer on that one is support, lots of it, for the faculty. “We do a lot of hand-holding, we have a huge service organization. You can call, you get a specific phone number. It’s very high-level service we give to faculty members.”

“Typically not resistant at all,” Hansen says. “Often it’s a different generation, they grew up with computers and iPads. They’re almost expecting it, in a way.

“We do find, though, that you’ve got to give students options. Meaning there are certain things that they like to read on paper. An essay, an historical essay on a history course, they’ll say, ‘You know, I’d just like to read it on paper.’ We say, ‘Great! We’ll give it to you on paper. It doesn’t mean you have to buy a $120 textbook. Instead, we can use print-on-demand, we can give you looseleaf, whatever you want, it’s essentially optional.

“Students are saying, ‘Give me the right solution for the problem I’m trying to solve, or the subject that I’m trying to learn.'”

“In education, there’s a fundamentally different impact from digital,” as opposed to trade publishing: “you can actually change the importance of the content in the workflow of the faculty and the student.”Michael E. Hansen, Cengage

What might Hansen say to a textbook publisher who looks at Cengage’s digital array with suspicion?

“We sympathize,” Hansen says. “Ten years ago, we sold millions and millions of textbooks. But it was a very different business from the one we’re in right now. So we transformed.

“And if you look globally, in many markets, the dominant forces are still textbook publishers. Textbooks can still be highly profitable and very, very stable. Whereas in our business, yes it’s profitable but it’s anything but stable. You’ve got to have a lot of iterations, a lot of new product development, a lot of innovation. You’ve got to be very customer-focused, very data-driven.

“So a lot of companies find this quite a challenge. And frankly a lot of them have been selling out, and the industry has been consolidating for the better part of the last 10 years. We believe it’s going to continue to consolidate.”

While you frequently can hear writers talk about this being a good time to be an author, Hansen might want to point out that it’s a great digital moment in which to be a student, too.

“What I keep saying,” he says with a laugh, is “I wish they’d had this when I was in school.”