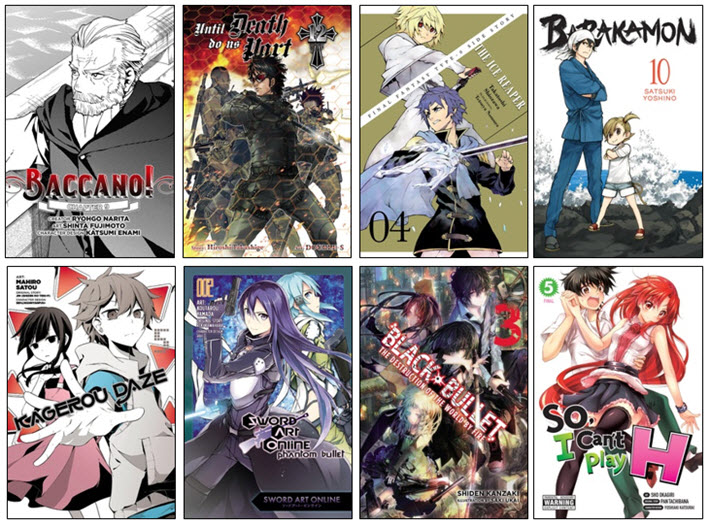 The world’s third-largest trade and educational publisher formalizes its working relationship with Japan’s ‘mega-content publisher’ on manga and ‘light novels’. As reported in corporate press releases, The Kadokawa Corporation and Hatchette Book Group announced on April 11 that they have entered into an agreement to create a new venture, which brings together Hachette’s Yen Press imprint (a US publisher of Japanese manga and “light” novels) and Japan’s Kadokawa, which will hold majority ownership.

Yen Press, one of the largest English-language manga imprints in North America, specializes in manga and light novels, publishing a wide range of titles including English translations of titles originating in Japan, manga adaptations of bestselling Hachette authors such as James Patterson and Stephenie Meyer, along with original manga developed at Yen Press. “This new partnership with Kadokawa is an exciting opportunity for HBG — the venture will further strengthen our Yen Press brand, and allow us to leverage Kadokawa’s superb reputation in both manga and light novel genres, as well as their digital distribution and anime platforms.

“Combining Kadokawa’s expertise in these categories, and HBG’s excellent sales, distribution and publishing support services, Yen Press will be well positioned to continue its remarkable growth.

“And this important new partnership is in extremely able hands, with Kurt Hassler as Publisher – no one is more perfectly suited to lead this new venture than Kurt, who has built the publishing program to where it is today.“

“The North American publishing market continues to remain strong, and Japanese manga titles are enjoying an upward sales trend. Visitors at anime and pop culture events held in North America continue to rise year by year, demonstrating the increased popularity of Japanese content in the market.

“Kadokawa considers the North American market as the most important international market for the company alongside the Greater China market and Southeast Asia where we have existing business presence, and are therefore profoundly pleased to have the opportunity to begin a joint venture partnership with a company of HBG’s stature, being a leading publisher in North America.

“Yen Press has an outstanding editorial team with in-depth knowledge of Japanese content, led by Mr. Kurt Hassler who has been running the Japanese manga publishing operation for many years. I am thus confident of Yen Press’s ability to realize sustainable growth, through its continued introduction of Japanese manga, light novels and many other attractive titles not limited to Kadokawa titles, to the English speaking market centered on North America.”

And Kurt Hassler, scheduled to be appointed as Managing Director and Publisher of the joint venture, said: “Yen has partnered with Kakokawa since its inception, and we have always been so grateful for the wonderful titles they have entrusted to us. That may be why it feels so natural to be taking this bold next step together.

“I can’t think of another instance in the manga field in this market where leading publishers from Japan and the US have pooled their resources in a true joint venture of this nature, and with the demand for manga and light novels already exploding, the possibilities seem endless.”