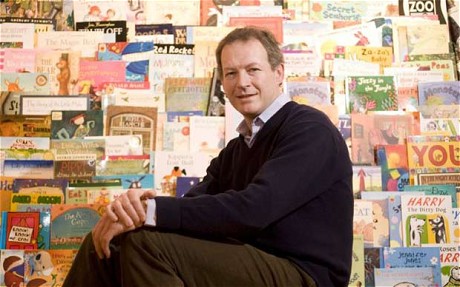 Waterstone’s MD James Daunt brought in Amazon, now he kicking them out…

In the UK, The Bookseller reports that “Waterstones is removing Amazon’s Kindle devices from many of its stores as sales ‘continue to be pitiful.'”

James Daunt, Waterstones’ MD, told The Bookseller that in lieu of a “bounce” in Kindle sales, the stores would be “taking the display space back” to display actual physical books.

“Sales of Kindles continue to be pitiful so we are taking the display space back in more and more shops. It feels very much like the life of one of those inexplicable bestsellers; one day piles and piles, selling like fury; the next you count your blessings with every sale because it brings you closer to getting it off your shelves forever to make way for something new. Sometimes, of course, they ‘bounce’ but no sign yet of this being the case with Kindles.”

A spokesperson for Amazon responded, saying that the company was “pleased with the positive momentum and growing distribution of Kindle and Fire tablet sales,” while adding that Kindle book sales in the UK were growing.

That being said, the C.E.O of Blackwell’s, David Prescott, pointed out that his chain was selling fewer e-reading devices as well. “We’re not seeing a great deal of people who are buying an e-reader for the first time now,” he told The Bookseller. “People are buying e-reader replacements, but that’s it.”

Douglas McCabe, an analysis for Enders, reported that it was “no surprise” that Waterstones was pulling Kindles from its shelves, saying that,”The e-reader may turn out to be one of the shortest-lived consumer technologies.”

And the latest figures seem to bear him out. Nielsen Bookscan shows that sales of print books for the first nine months of 2015 grew by 4.6% over the same nine months in 2014, making it the first time that the print market has seen “year-on-year grown at this stage of the calendar year since 2007.”

Lisa Campbell wrote that “Booksellers have suggested a range of reasons for the recovery, naming the economic bounce, publishers ‘upping their game,’ booksellers sharpening their offer and, chief among them, the belief that the e-book ‘threat’ is ‘vanishing.’”