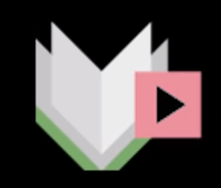 Julia Shevalinka looked at some of the entries in the All-Russia Book Trailer Contest and how Russian publishers are using trailers to promote their books.

At Russia Behind the Headlines, Julia Shevalinka looked at some of the entries in the All-Russia Book Trailer Contest and the ways in which Russian publishers are beginning to utilize trailers to promote their books.

The competition for amateur video artists started in 2012 to help “revive the younger generation’s interest in reading.” According to the rules, videos cannot be longer than two and a half minutes, but “All technological formats and books are allowed,” according to the contest’s press secretary, Nina Suslina.

One entry into the competition was this minimalist one for Gogol’s Dead Souls, described as “a thriller that will keep you up all night.”

Another contest created an infogram by counting the number of “broken windows, spilled liters of oil and invitees” in Master and Margarita by Bulgakov:

And yet another entered this one below for Andrei Beily’s Petersburg:

And this for Alice in Wonderland, with a voice over that asks such classic movie trailer questions as “what does the Cheshire Cat’s smile hide?”

This year’s competition had over 500 entries, with the winner receiving an invitation to shoot a trailer for Eksmo, Russia’s leading publisher.

Book trailers are a relatively new phenomenon in Russia, the first, for what was called the “first Russian horror story,” 23 by Igor Lesev (Ad Margeinem) came out in 2008:

According to Shevalinka, the trailer was “fast paced and snappy, but “it is not clear what effect, if any, this video had on sales, as book trailers were not considered promotional tools at the time, so no marketing studies were carried out.”

And apparently, not much has changed since. “Our book trailers can mainly be seen on the Internet,” said Sergei Rubis, Director of Fiction at Eksmo. “Sometimes they are shown in bookstores. But we don’t know how they influence sales. We don’t have these statistics.”

Eksmo’s site (like that of many other major Russian publishing houses) has a special section for book trailers. Rubis told RBTH that trailers are usually filmed for new products, to provide additional information about the book’s plot or author, or to emphasis a special feature.

But their book trailers are still in a very developmental phase. Eksmo does not use professional screenwriters or cameramen – company employees do it all using their own equipment.

Which does, as Shevalinka points out, “limit the quality of the videos, and they are in fact often Power Point presentations with a clip from the movie adaption if one exists. So, although the phrase ‘coming soon to a bookstore near you’ may adorn posters in Russian towns, there is still some way to go before books get the same glitzy treatment as movies.”