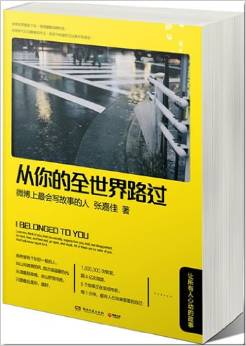 A list of the richest Chinese authors reveals Zhang Jiajia earned 19.5 million yuan ($3 million) in royalties last year, and he is not alone.

ChinaDaily USA reported on the release of the ninth annual China Writer’s Rich List, which revealed that the country’s richest writer earned 19.5 million yuan ($3.14 million) in royalties in 2014. Zhang Jiajia’s work strikes a chord with Chinese readers, who no longer want to “be lectured.”

On the list were 50 Chinese writers who made more than 1 million yuan in royalties last year.

The paper reports that the authors on the list fall roughly into three categories: “established writers of serious literature, writers of online literature, and popular reading and children’s writers.”

Wu Huaiyao, director of the list’s organizing team, told ChinaDaily that, “The list, like the previous eight lists, shows that Chinese readers trust established literary masters and the majority of readers who still buy books in print are children and teenagers.”

“We’re also pleased to find that the majority of book buyers are younger readers, which means the reading population among our next generation is comfortingly big,” he added.

The writer at the top of the list is Zhang Jiajia, a 34-year old writer and screenwriter who became famous for a collection of short stories that, as writer Mei Jia described it, “circulated widely and known for its soothing power for young readers struggling to find their place in society.”

Zhang told the paper that “My books sold 4 million copies in 2013-14, and I was told there were another 4 million copies sold in unauthorized channels,” adding, “I think readers now are tired of being lectured by books, they crave relaxation and relief by reading,”

Also popular are writers of online literature. Tangjia Sanshao earned 50 million yuan not only from books, but film, comics, and game adaptations, as indicated on another list. Tangjia published 14 books in 2014, with an astonishing total of 3 million words.

“My secret,” the author of the fantasy novel The Doulou Land said, “is that you need to keep writing, and write fast.”

He has a reputation of writing up to 8,000 Chinese characters a day while writing every day straight for 86 months to write his series, along with the help of a “premium keyboard” specially designed for him to match his typing speed.

“When you see daily trifles, I, as a writer, see stories, scenes and plot, which happen every day. So you see how much I collected,” he told the paper, trying to explain how his typing keeps up with his mind.

The creators of the list organize an “Oscar-like, red carpet entrance for writers to accept” their honor before the ceremony, held in Chengdu at the end of last year.

At that ceremony, film company HS Media announced plans to invest 5 billion yuan over the next five years to bring online fantasy stories to the big screen, including works by Tangjia Sanshao and Jiang Nan.

HS Media’s Wang Chen said that the films will visual effects produced by a team from Hollywood, and that the movies will have a global release.

“We believe online Chinese writers’ works have that appeal to help them shed some influence onto the international market,” Wang told the paper.