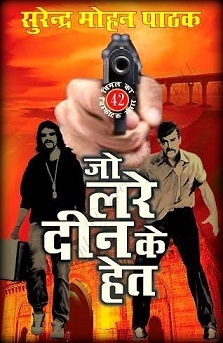 The Times of India recently examined the problems facing Hindi pulp fiction in the era of ebooks, which may be killing off cheap pocket editions. The Times of India recently examined the problems facing Hindi-pulp fiction in the digital era.

A bookseller at the New Delhi Railway Station, Rajan Iqbal, told the paper that he remembers “those days” when Hindi pulp fiction books were his strongest selling titles, But today, he’s lucky if he can sell just one copy per day, and blames the internet for “killing the reading habit and diminishing the business of pocket books.”

“It was not even five years back,” he said, “when I used to have customers who bought over 50 books at one go. There was a lady from America who used to come to my stall and buy as many as 75 books in a single purchase.”

“But today, these books hardly have any buyers; and the only reason I think is the coming of the internet, new age smart phones and the laptop.”

Author Surendra Mohan Pathak, one of the best selling authors in the 1980s when the genre was at its peak told the Times that “There are no longer any potential writers or new readers because people are more interested in television and using their mobile phones or the internet.”

Pathak, the author of nearly 300 novels, went on, adding that “This has diminished the business of pocket books. Now there are just a handful of publishers in Delhi and Meerut, compared to 50-60 in the early 80s.”

But what, you might be asking yourself, is Hindi pulp fiction? According to the Times,

“Hindi pulp fiction can be best described as unputdownable nerve-wracking murder mysteries which served as leisurely reads at extremely pocket-friendly prices. The books range from anything between Rs.30 to Rs.150.”

And one reason they were so popular is that because they are printed on recycled paper (or pulp), they were inexpensive to publish.

The Times reported that the declining sales have also hurt publishers, who have attempted to boost sales with improved paper and printing quality as well as cover designs, but have so far “failed” to do so.

Pulkit Jain, managing director of Dheeraj Books told the paper, “We tried every trick in the book to rekindle the romance with the genre, but the attempt was unsuccessful. You cannot do much when you do not have a dedicated readership. So, we are now trying to branch out to other general books to sustain or readership.”

But one publisher who has not given up on the genre is HarperCollins India. Hoping to “maintain a balance” in their Hindi publishing division, they have to date published two titles: Jo Lare Deen Ke Het and Colaba Conspiracy – both by Pathak with a third book to be released soon, a decision that has been described as “fruitful”

“The readership of the genre may have come down, but it still remains hugely popular. Fans by ten books by Pathak at a time, while also pre-booking them,” Minakshi Thakur, senior commission editor at HarperColins, told the Times.