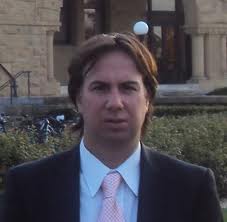 In this age of globalization, more than before, the publishing market needs to engage in a re-learning process that brings them face-to-face with foreign trade and the particularities of the global market. In Buenos Aires —where the local market has stagnated as a result of increasingly difficult economic circumstances— a partnership between the Argentinean Book Chamber and the Foreign Trade Directorship of the Buenos Aires government is doing just that through a series of training events for Argentine publishers and booksellers.

“Nearly 70% of the Argentinean book sector is concentrated in Buenos Aires. This fact lead the government to label it a strategic industry in the region,” says Marcos Amadeo, Director of Foreign Trade at the Buenos Aires Local Government. “With this in mind we met with the Argentinean Book Chamber and started working on a plan to help the book sector export to foreign markets and think globally.”

The trade promotion program of the Foreign Trade Directorship is guided by a sector-specific internationalization plan (Plan Sectorial de Internacionalización) that lays out the guidelines of the global strategy. One of their programs is the series of trade missions for Argentinean publishers carried out at book fairs. For these missions the Directorship matches the profiles of local publishers with foreign clients and draws up the schedule of meetings in partnership with foreign trade associations. So far, the program has carried out these business meetings in private events in Ecuador, Colombia, Mexico and Brazil, and at book fairs in Sao Paulo, Rio de Janeiro, Frankfurt, Guadalajara and Bogota.

On a local level, the Directorship also sets up rounds of business meetings at the annual Buenos Aires Book Fair, held in April. As of 2013, some 750 business meetings have been scheduled at the fair with 300 local publishers and 70 foreign clients going back to 2009.

“South and Central American markets work very well for Argentinean publishers. We could even say that our interest covers all Spanish-speaking countries. However, Peru, Colombia and Ecuador are possibly the most important markets for us, followed by Brazil, Spain and Mexico,” says Amadeo. “Argentinean publishers are strong on children’s literature, textbooks and literature. We are giving a lot of emphasis to these genres.”

For markets outside the region, a partnerhip between the Directorship and the Argentinean Book Fair has taken an important step with Books from Argentina, an online catalogue of Argentinean titles with available rights, much in the line of similar projects like New Spanish Books, and New Books in German. Rights meetings have also been organized abroad at the Frankfurt Book Fair and Paris’ Salon du Livre, and locally at the Buenos Aires Book Fair with the help ofTyPA, a local think-tank on literature, museums and the visual arts.

Despite the emphasis world publishers are putting on English markets, the Directorship is placing a bigger emphasis in South and Central American countries. “I think the opportunity in English markets is more on the side of rights selling than in exports of print books. Without losing sight of key industry events in Anglo publishing like the Guadalajara International Book Fair and Frankfurt Book Fair, I believe there is still much to do in Hispanic America”, says Amadeo. In fact, in 2011 exports of Argentinean print books amounted to almost $40.5 million, with Latin American countries as the main export destinies.

The Opportunity of Digital Publishing

In the side of digital publishing Amadeo believes there is still much to do in Argentina, though the number of ebooks published is growing: in 2007 ebooks accounted for 3% of the output; in 2012 the share grew to 17.19%, according to official statistics. For the moment the Directorship promotes adoption of digital business models through lectures during the Noche de las Librerías (Bookshops Night), a three-night street festival when some of Buenos Aires’ main avenues are closed for book sales, live music and related cultural events.

Amadeo argues that Argentinean publishers must learn to recognize the potential benefits of an international strategy for their businesses and to customize their products for foreign markets. That’s why he thinks that the television industry is a role model for publishers who want to target markets abroad. “We will try to create synergies with the audiovisual industry. For instance, a good TV series, a popular film like Metegol [about football and filmed in 2013] could be easily translated into books and exported.”

But the challenge for publishers also remains local. Massive inflation is forcing publishers to operate with very tight budgets and restrictions on imports imposed by the government means that basic publishing staples like ink are scarce. Therefore Amadeo sees a lot of opportunities in digital publishing: “We will continue working in the creation of production and distribution channels for digital content, we see there a big growth potential. A publisher´s market is the entire world, and right now our local market is very small for us.”