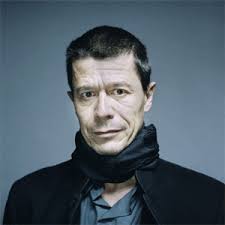 NEW YORK: Two Sundays ago, October 19 night capped off six-days of French Culture showcasing Albertine as “an exciting new hub for French-American intellectual exchange and debate.” (See our earlier report on the opening of the bookstore.) Located in the landmark Payne Whitney Mansion on Fifth Avenue, Albertine Books in French and English (whose name is taken from Marcel Proust’s ever-present female character in his A la recherché du temps perdu) is a split-level venue for books, calendars, and all things French—including that splendid French writing-paper which Umberto Eco once declared “on which it is so pleasant to write if you use a felt-tip pen.”

Albertine Festival curator Greil Marcus, the author most recently of The History of Rock n’ Roll in Ten Songs (Yale University Press, 2014), noted that “Over 1,000 people attended these past few days in which we have celebrated ideas and debate.” The final night closed with debate on “Extremist Fiction in Ordinary Language,” which drew a standing-room only crowd, featuring authors Emmanuel Carrère, Percival Everett, and Mary Gaitskill, moderated by Marcus.

Carrère’s new work translated in English as Limonov: The Outrageous Adventures of the Radical Soviet Poet Who Became a Bum in New York, A Sensation in France and a Political Antihero in Russia (FSG: 2014) was described by Marcus as, “A horror story written by Balzac. . . a picaresque novel—except that it really happened.” Carrère explained that “I had met him [Limonov] in Paris in the 1980s. Then we re-met about fifteen years later. And when I wanted to write about Russia, but realized I did not know how, I remembered I knew an actual person, an actual Russian! It [Limonov] is both a book of history and of histories—a sort of non-fiction novel”.

Percival Everett (perhaps best known for Erasure) who was clearly out to provoke and provoke laughter claimed that, “I killed Borders!” (Referring to the shuttered US bookstore chain.) He related a time when he once went to check out his books in that now-defunct chain and could not find them in the literature section: “They were all located in the African-American Studies Section—and I became pissed off.”

Mary Gaitskill said that “For my first book, I didn’t care because I assumed that no one would actually read it.” However, people did read it, so that when it was the time for her second book, “I was terrified!”

When Marcus asked “How do you push your characters? What happens when your characters go to extremes and you want to save them?” Everett answered that “I’m not interested in redemption or salvation. I’m more interested in how characters fracture—either that or I am just lazy.” This got a big laugh since, as Marcus noted, Everett is the author of well over a dozen books.

Gaitskill admitted that “I don’t like the ending of my first book: it’s a moment of union and safety”. But she found that “I don’t think any of my characters are that ‘extreme’, given the lives of real people.”

On the subject of influences and inspirations, Carrère mentioned Kafka (especially on his book The Moustache), Philip K. Dick, and Richard Matheson. Mary Gaitskill’s “early influences” included “Flannery O’Connor, Erica Jong, Nabokov, and John Updike”, and Philip Roth a later one. And in a refreshing change of pace Everett noted his influences as “Mark Twain, Groucho Marx, and Bulwinkle—especially ‘The Ruby Yacht of Omar Khayham’” Once the laughing had died down, he added: “I like bad stuff—but I get a lot out of an operator’s manual for an industrial forklift.”

The Book You Were Afraid to Write

Perhaps the most probing and entertaining question of the night from Marcus was: “Is there an unwritten book—or a book that you are afraid to write?”

Carrère pounced on this and declaimed, “Yes! There was a book I was afraid to write—and I wrote it!” And it cost him two years of his relationship with his mother: his maternal grandfather had emigrated to France from Russia– and then become a Nazi collaborator. After the war “He disappeared. So this is a real ghost-story in my family!” Carrère’s mother, who is a the leading French academic focused on Russian history, begged him not to write the book, “but I wrote it anyway—and she didn’t speak to me for two years”

“Gaitskill claimed that “I’m afraid to write all books!”

And Everett, “I’m too dumb to be afraid: it’s just books—nobody’s shooting at me: it’s just books.” However, when pushed, Everett spun a J.D. Salinger-esque yarn about “A novel I’ve been working on for about thirty years that I won’t show to anyone, and it’s to be destroyed when I die”. When asked why he bothers writing it at all Everett mentioned “It helps me to understand the world”.

When the floor was opened up for questions, the first one was “Are there any books or authors that you avoid at all costs?” Which produced this hilarious series of answers: Emmanuel Carrère: “No”. Mary Gaitskill: “No. Percival Everett: “Ogden Nash. Which is easy because I don’t read him anyway.”

Though an embassy is not technically sovereign soil of a foreign nation, the feeling of the French embassy certainly gives one a sense of the supremacy of French literature—and all of it is on display (and for sale) in the sumptuous Albertine reading room and bookshop: from The Song of Roland (the first European Epic) to Michel de Montaigne (who invented the essay) to the plays of Moliere, Racine, and Corneille, to the raft of Symbolist poets (Rimbaud, Verlaine, Mallarme, Baudelaire and LaForgue who ushered in modern poetry) to Proust (who gave us the first epic-novel of the 20th century) and the Structuralist/Post-structuralist/Deconstructionist philosophers/critics Jacques Derrida, Claude Levi-Strauss, Roland Barthes, Jacques Lacan and Louis Althusser. Plus, it is worth noting that Paris was the home of Joyce and Beckett

A week after France grabbed (again) the Nobel Prize for Literature, it is only right and fitting that the Albertine Books should open with such success and crowds eager for French culture.

For more information on French cultural events in the United States see www.FrenchCulture.org and www.albertine.com.