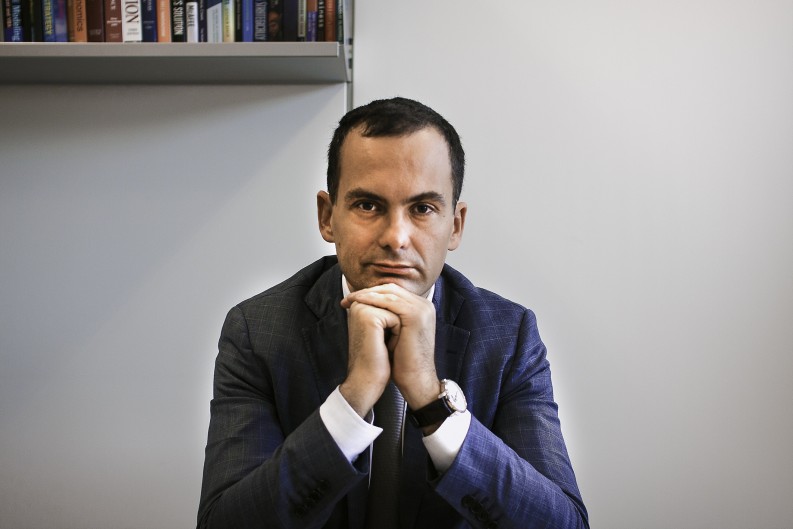 Self-appointed digital experts on any digital topic are very popular these days in the digital media. It seems that just being “digital something” gives anyone the right to feel competent at anything that has some “digital” flavor/attribute/declination/relevance. While there is a clear difference between being “a jack of all trades, but master of none” and a “windbag,” in the digital media almost anyone feels to belong to the former rather than to the latter. This is often because they believe their readers know even less than they do. While this might or might not be the case of the average reader, it is never true for the entire reading community. There always are readers that know better than any bigmouth.

These days I have been asked by few friends and colleagues in Europe what I thought about the recent and very popular article appeared on vox.com titled “Amazon is doing the world a favor by crushing book publishers” by Matthew Yglesias.

The title speaks for itself: it is clearly not unbiased journalism, but just another self-serving and very effective propaganda, with 2,300+ shares on Twitter, 6,700+ on Facebook. A lot less (300+) on LinkedIn. Good job, great traffic, a lot of eyeballs and advertising money. This is an example of how a digital media can become “creative” at content publishing to pursue advertising money.

Bashing “book publishers” is a very common sport these days, as publishing expert Mike Shatzkin noticed. The author is just the latest one to do that. Now, what “world” is the author referring to? His personal “blogosphere,” all digital book readers in US, all US citizens, all people on the planet? What kind of book publishers? The US Big 5 in trade publishing or any book publisher of any size, of any vertical in any market? Who does say the “world” is happy about this “favor”? A statistically relevant survey on the entire world’s population or the gut feeling of just someone? These are all good questions, of course.

Nevertheless, they are fully irrelevant to me. Everyone is entitled to his/her opinions and has the right of publicly expressing them. Thanks to the web and its fathers Tim Berners-Lee and Robert Cailliau..

However no individual has the right to be listened to. Especially not if it’s for his/her own profit. Being listened to is a privilege that needs to be ethically earned and handled. Not seized by exploiting listeners’ trust or abusing own properly earned listeners’ base. Intentionally and unintentionally. This is still one of the things where the most digital media companies have got plenty of room to improve.

Thus the only point I have here is ethics. Manipulating readers for its own profits perhaps it is legal but not always ethically correct. In my humble opinion.

Media have long known that if they had some vested interest in something they should publicly disclose it, as for example Business Insider does whenever they talk about Amazon, noting that Jeff Bezos is one of their investora. This is probably not enough…yet.

Any article, in any large digital media business (at very least), should be transparent about the scope and the competences of its authors. So the reader can spot any intended goal, potential conflict of interest, bias, lack of competences and so on. Especially, but not only, if the media business is paid by advertisers, with models that reward the number of page views. We shall not forget that many media companies are for profit, including the startups owned by leading VC investors who are seeking huge multiples for their tens of millions of dollars of investments (for example Vox Media raised until 2013 over USD 70 million from venture capitalists and other private investors).

In this specific case a foreword stating “This is just fiction by a novelist that happens to be the editorial director of vox.com. Everything here might not reflect the reality” might have been enough. This way readers would know they would not be reading an objective, fact based, well-balanced, all-encompassing report but rather a fictional story potentially biased by the author’s creative mind. That would be enough for me. Everyone has the right to express him/herself.

In this case, a transparent disclosure of the author’s profile would have been enough. All it needs is just enough information for the readers who the author is and how he/she relates to the topic he/she is talking about. Not only what he/she knows, but also what he/she does not. As one of the greatest philosophers of science, Karl Popper, put it: “Our knowledge can only be finite, while our ignorance must necessarily be infinite.”

For example an initial disclaimer could have said…(and please note, the following claims are just for illustrational purposes, entirely made-up and might well be far off from reality):

The author born 1981, never worked for any book publisher, never held a senior management position in any player in the industry’s value chain, never got a degree in economics, engineering, or business administration. Never run any business with full p&l responsibility. Has never been a management or business consultant for any bookseller, book distributor, book publisher or literary agency. Has never worked for national book publishing industry outside the US. Has never lived outside US. Speaks no foreign languages. And being the editorial director of vox.com doesn’t automatically make him/her better informed, knowledgeable, smarter than the industry professionals on the specific topic he/she is about to discuss. And finally stating: “please read at your own risk.”

(Again, the claims above are only for the sake for illustration and are not actual claims as I could not verify them. The claims are fully made up and might well be untrue. If they happened be close to the reality, it would just be a coincidence. This is only meant as an example of how any author by any digital media outlet could do as I propose).

If the readers knew as much in advance, they could be in a better position to decide if they want to read it or not and what weight to assign to the credibility of content they read.

This would help, in the end, to reduce the overall online buzz around unqualified opinions and ultimately better curate a quality selection of content by ethical digital media to the great benefit of the readers. And still — hopefully — with decent profits for the digital media owners.

“Digital media ethics” are three simple words that open an entire very complex world of options, risks and opportunities. A Pandora’s box, perhaps. It is about time to seriously do something about it. The readers will certainly appreciate ethics. Advertisers will follow and shareholders will be happy too.

P.S. Please tell the author that there are 5, not 4, big trade publishers in the US. Macmillan, owned by the big German Holtzbrinck publishing group, is the one he missed. Unfortunately, this is not the only one thing he missed.

Disclosure: I run a innovation consultancy business for the media industry and have vested interests into helping organizations to innovate and better manage the digital revolution. Therefore, digital media ethics might belong to the topics we are involved with our clients. We believe ethics must apply to ourselves too.

Marcello Vena is the founder and managing partner of All Brain, the world’s first on-demand leadership service for senior executives across the entire value chain of the media industry. Its single focus is on exploring, inventing, delivering and rolling out successful businesses, with a view to forging the future of all interested stakeholders:key media and publishing groups, as well as leading retailers, authors and agents. Previously Marcello Vena founded from scratch and managed the entire digital trade book business of the RCS Mediagroup, one of Europe’s largest publishers and the owner of prestigious publishing houses such as Rizzoli, Bompiani and Fabbri Editori.