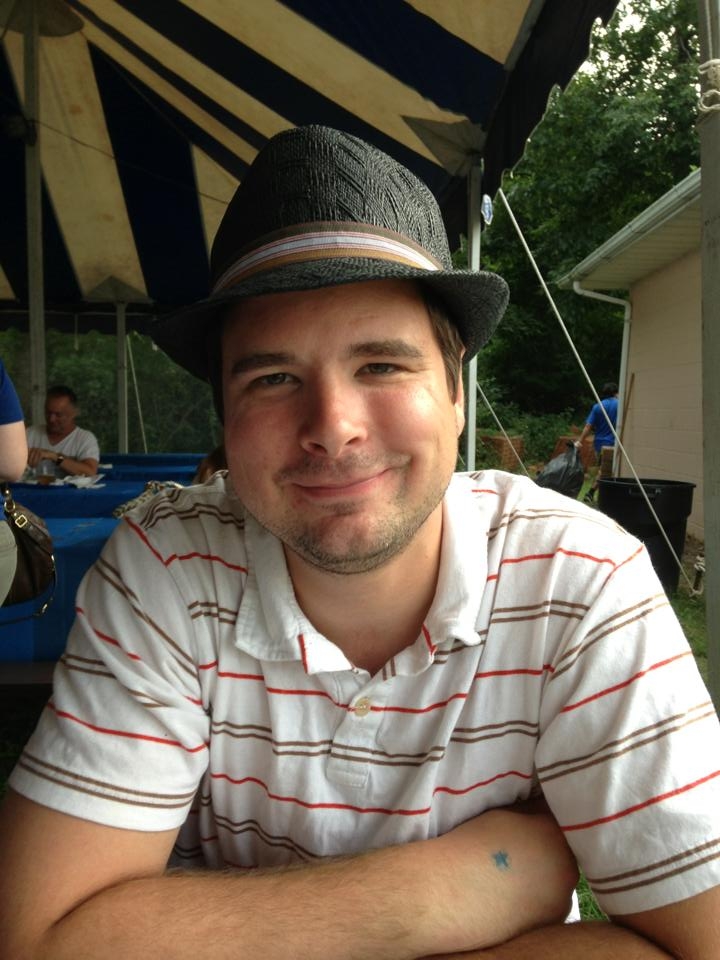 At this year’s BEA, the Spanish crowdsourcing platform Pentian — a company that offers a most interesting business model: paying 50% of profits from book sales to backers of the book and 40% to the author — launched in the USA. (Read about it here and here.) Now, the very first American author to use Pentian, R.J. Huneke, a writer with numerous nonfiction articles and short stories to his credit, has posted his novel, Cyberwar, to Pentian and is ready for investors.

I recently talked with the author about his decision to go with Pentian and what the experience has been like.

PP: What inspired you to go the Pentian route?

Huneke: I’ve worked on my novel, Cyberwar, from March of 2013 until March 2014, and over the last five months I began to reach out to agents, more than 300 who have worked in the thriller/commercial and even the speculative fiction genre to represent me. I’ve had a lot of positive responses, but I also got a lot of “Well, we think it’s great” but that they just can’t take a risk at this time with a debut novel.

I had considered going to smaller publishing houses on my own, but I thought my writing and the story was strong enough that I didn’t want to do that. I wanted real backing for this book, so when I read about what Pentian was doing it seemed to make a whole lot of sense. Here’s a company that had been a traditional publisher but sees the future of getting investors involved in getting a book published – I thought that was very smart on their part.

What really got me on the idea, though, was when I spoke to [company co-founder] Enrique Parrilla. I reached out to them to take a look at my work; he spoke to me briefly when I was in New York, and I was impressed that he was very much about not only keeping the quality of the books high, but also about keeping the creativity intact as well. He told me that in order to keep Ingram and his other distributors happy, he demands the highest quality, so if they take on a project and it gets greenlighted by investors, it’s going to be handled correctly.

Internationally, Pentian has taken off, so I felt that the model could really become very big in the U.S. It’s not the traditional route, but at the same time you have the support of Pentian. So when Enrique told me he liked the first fifty pages and wanted to highlight it as his first big U.S. title, my decision was made.

What has the process of working with Pentian been like?

It’s been very good. I’ve spoken with a Pentian rep at least once a week since June – they’ve been very thorough and very easy to go back and forth with. We’ve discussed things like what do you envision your book cover looking like? They listened to my input and came up with a few different designs and ran them past me, even though when it gets funded and published it could have a different cover – this was one was for funding purposes only. They set me up with a copy editor that I’ve been working with, and we discussed ideas before it went live.

In addition, Enrique came to me with the idea of getting investors involved in the project by becoming a villain or character in the book. [For $300 an investor can have a character named after himself (or herself); $600 and an investor becomes a recurring villain in the series.] I was blown away with that – it was Enrique’s idea and I thought it was fantastic.

We brainstormed how to frame the pitch. And then, and this is interesting – one of my main concerns was can I use any of the book for promotional purposes – what am I looking at? It turns out that they’re essentially open to whatever I want to do. However I want to promote it they’ll help me with that. “Whatever you think will help to promote the book,” they told me, “we’re here to help you with.”

And in terms of the rights, they have it very simply laid out. They have the first serial rights, I have everything else. The book is very visual, I want it to be a movie at some point – those rights are all mine.

I first spoke to Pentian around the beginning of June, and we went live three weeks ago. Right now we’re at 20%. It’s difficult to tell how quickly the investors come in. I’ve been told that some projects get funded almost entirely during the last couple of days; for others it’s a more gradual process. They give investors 60 days to fund it, so if someone wants to get in, they have to do it now, otherwise they lose the opportunity.

I came into this with very high standards and expectations, and so far, I’ve been very impressed.

Follow the progress of R.J. Huneke’s book Cyberwar on Pentian.