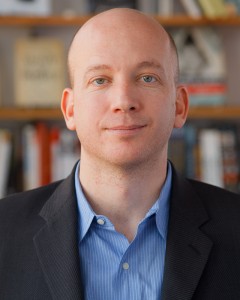 What has been your biggest success over the past few years?

We had quite a bit of success with Emily St. John Mandel’s wonderful new novel, Station Eleven, in Frankfurt last year. The book was sold in a highly competitive auction in the United States and in a pre-empt in the United Kingdom the week before the fair, and in the days up to and during the fair we sold it in translation in multiple territories, in highly competitive situations. Coming out this fall from Knopf, it’s getting great advance publicity (including being featured on the BEA Buzz Panel), and we expect even more sales soon.

What is the greatest challenge you face in the rights business today?

I believe the greatest challenge in selling rights is the overcrowded marketplace. We have some amazing titles on our lists, but so do other agents, as do publishers in the United States and all over the world, and so we’re fiercely competing with each other to fill the limited spaces on foreign publishers’ catalogs. As a result, it’s essential to communicate as effectively as possible, with strong rights lists and meetings, but also in regular (but not inundating) updates to co-agents, scouts, and publishers.

Over the course of the last five to ten years, how has the digital revolution changed the rights business?

The pace of the rights business has certainly increased, while some of the costs relating to it have gone down. Skype, email, Dropbox, and more all facilitate speedy communication and submissions, as well as decreased office costs (e.g. postage and phone fees). Of course, there have been increased complications too, from ebook rights issues to piracy. But overall I believe it’s been a boon to the business.

Jonathan Lyons is a graduate of Benjamin N. Cardozo School of Law (JD) and Washington University in St. Louis (BA). Having previously run translation rights at McIntosh & Otis and Folio Literary Management, Jonathan currently oversees Curtis Brown’s translation rights department. Jonathan is also a licensed publishing attorney, a member of The Authors Guild, and a member of the Contracts Committee of the Association of Authors’ Representatives, Inc.

With Jonathan’s legal expertise and his experience selling domestic and foreign language book rights, paperback reprint rights, audio rights, film/TV rights, and permissions, he is able to provide substantive and personal guidance to his clients in all areas relating to their projects. In addition, with the advent of new publishing technology, Jonathan is situated to address the changing nature of the industry while concurrently handling authors’ more traditional needs.