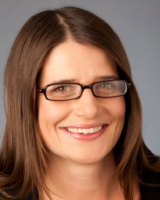 I have been a literary agent at WME for 8 years, representing an eclectic list of authors from all over the world. For the last few years, I have sat on the advisory committee for Fiction Uncovered – both prior to Jerwood’s involvement – and now, thankfully with its incredible support, both financially and creatively. Having previously worked in foreign rights myself, I think any prize which helps bring new writers to a global audience should be supported wholeheartedly by the book trade and literary press.

This year, my long-time author, Naomi Wood, was fortunate enough – and talented enough – to win one of the eight Jerwood Fiction Uncovered Prizes, the first year in which the prize has become first and foremost an award for authors, in addition to being the book trade promotion it was in previous years.

The Jerwood Foundation’s two-year, £80,000 commitment to the prize (£5,000 for each of the eight winning authors in 2014 and 2015) could be considered career-saving for some of these authors.

Reports out last month revealed that the average salary of an author (who considers book writing their primary source of income) is just £11,000 per annum. Even the most frugal of writers are being forced out of their garrets and into other areas of work, from teaching to journalism, bar work or busking, leaving them little time to devote to their vocation. A sum of £5000 offers each author some security and most importantly, time, to hone their skills in order to become better writers.

So, it is with confidence that I say that The Jerwood Fiction Uncovered Prize will definitely help most of the winning authors reach a wider international readership and secure more translation deals than they might have done so without the award. The impact may not be immediate for some authors but I believe that this prize will mark them down as ‘writers of note’ in the journals of literary scouts and international editors. Plus, the increased presence of their books in bookshops and on review pages directly because of the prize (and thanks to the committed people who promote it) won’t escape the attention of international publishers who use the bookshelves of Waterstones and Foyles, Guardian Review and Sunday Times Culture as their guides when visiting for book fairs or scouting trips to the UK.

What is unusual about The Jerwood Fiction Uncovered Prize is that it only rewards authors who already have a body of work, be it two novels in the case of Naomi Wood or six novels and numerous collections of poetry in the case of Gerard Woodward. It is not discriminatory about age, sex, location, – it is ALL about literary talent, full stop. I think this makes the prize very attractive to international buyers because what they want is the best writing above all else. Naomi Wood, already had a number of translation deals in place prior to winning this prize. Her second novel, Mrs Hemingway, has met with a great reception in the UK – thanks to a brilliant publicity campaign from her publisher, Picador – and in the US where Viking, Penguin, published in May. Since the Jerwood Fiction Uncovered list was announced – and very possibly directly linked to the additional publicity the prize has generated for her books — we have added The Netherlands (Querido) and Brazil (Bertrand) to her haul of translation deals. Her work is already being translated into Norwegian, Czech, Estonian, Hungarian, Lithuanian, Polish, Russian and Spanish.

Basically, international publishers have a LOT to read, not just books published in English, but in their native tongues, as well as literature from all over the world. What The Jerwood Fiction Uncovered Prize offers is a double thumbs up to the writers it rewards, which should place them at the top of any acquiring editor’s reading pile. Firstly, Jerwood’s stamp of approval – and they have an incredible track record for supporting successful arts projects and prizes. Secondly, passionate support from an annual judging panel which includes globally renowned writers (e.g. Matt Haig in 2014) and widely read literary ‘experts’.

The Man Booker Prize is proof positive that prizes awarded to a shortlist of authors judged by their peers and the wider literary community sell books internationally. From the WME stable past and present, authors such as Mohsin Hamid (shortlisted for The Reluctant Fundamentalist in 2007), Jhumpa Lahiri (shortlisted for The Lowland in 2013) and Aravind Adiga (winner for The White Tiger in 2008) all have 20-plus translation deals in place for their Man Booker rewarded novels and many of these deals were struck as a direct result of the short-listing for the prize. I am certain that a number of these deals, especially in some of the more risk-adverse translation markets, would not have been made were it not for the Man Booker Prize.

I am a great believer that wonderful writing will ultimately find the right publisher at home and abroad, but with some quarter of a million books published in the UK alone every year it is understandable that editors use prizes as an indicator of excellence and prioritize the reading and acquisition of these titles over lesser recognized books. After initially struggling to secure a British publishing deal, which is far from an unusual thing in the current climate, Eimear McBride’s A Girl Is a Half Formed Thing (the brilliant Galley Beggar Press) became THE book that everyone was talking about thanks to winning the Goldsmiths Prize, a subsequent short-listing for The Folio Prize and its Baileys/Orange Prize victory.

When a book starts getting prize attention, publishers’ ears suddenly prick up – it is a sad fact that books like McBrides’s may not secure international deals without the kudos of being shortlisted for or winning a prize or two. It is a tough time to publish books, especially literary novels. Books have become luxury items and each publication is a major risk for publishers. Even if the advance paid is small, there are all the costs involved in getting the book to market – and in the case of international publishers, there are the substantial translation costs to factor in as well. What publishers are looking for is some guarantee that a book will sell – and recognition from these prizes and the uplift in sales we see because of them in the UK, is a good indicator that the book will stand a fair chance of success wherever it is published.

With an injection of cash and new energy from Jerwood, Fiction Uncovered has a great chance of becoming one of the big awards that global publishers use as a marker of excellence in literary writing. That can only be a good thing for the writers who receive the prize – and for the publishers themselves.