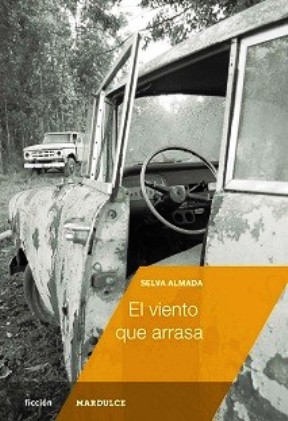 Argentina and France have had a long and dynamic literary relationship, one that took center stage at last month’s Salon du Livre in Paris.

Pessimistic stances about the future of the book and the book industry have become somewhat commonplace in France. Fresh loads of facts and negative trends prophesying the end of the book are released every year, while bookshop owners and publishers go about moaning about decreasing sales and making depressing comparisons with a golden age of the past.

Yet there are others who, without denying the challenge faced by the industry in the eye of a swiftly changing environment, prefer to look at the other side of the picture. Or, as one of the publishers that participated in the “Meetings between Argentinean and French Publishers” organized by the BIEF (Bureau International de l’Édition francaise) as part of the Salon du Livre in Paris last month, said: yes, it is true that comparisons with the golden age of the 60s can be depressing, it is true that more and more bookstores are closing every year, and it may be also true that the book is in crisis, but it is also true that it just takes a moment to realize that, compared with almost any other country, the French book industry appears to be in pretty good health.

Living in Paris and seeing the large number of independent bookstores, and noting the pride of place that culture and books still hold here, it’s not hard to agree with this perspective. In fact, according to numbers supplied by research market company GFK, despite a decline in sales of about 2.8% during 2013, the book industry continues to occupy the top place in the French entertainment industry, accounting for more that 50% of the total cultural goods. Victoria Ocampo was the patron saint of Argentine-French literary relations.

Meetings between French and Foreign publishers are held each year just before the Salon du Livre and feature publishers from the guest country. This year it was Argentina’s turn in the spotlight. Publishers belonging to a broad scale of houses that ranged from big multinationals like Santillana, to independent and prestigious independent houses like Adriana Hidalgo, debated and exchanged with their French colleagues.

Relations between France and Argentina go way back in history and are embodied somehow in the image of Victoria Ocampo, the rich and enterprising writer and cultural agitator who is famous among other things for founding and directing Revista Sur, the magazine that was at the centre of Argentinean cultural system for decades and that was responsible for sponsoring, introducing and translating many foreign writers.

It’s not by chance that the program run by the French Embassy in Buenos Aires, which offers financial support for translations of French Literature into Spanish, bears her name. But links and echoes between both cultures do not stop there. Perhaps no city in the world apart from Buenos Aires can boast having almost as many independent bookstores as Paris, and most of the Argentine publishers would subscribe without much hesitation to the complaint of their French colleagues about harboring nostalgia for a golden and glorious age of the book industry.

As Literary Agent Monica Herrero explained during one of the meetings, for decades Argentine publishing industry played the leading role in the whole Spanish speaking area, a fact that owed no small responsibility to the presence of Spanish exiles who founded pioneering and mythical houses such as Emece, Sudamericana and Losada.

It was in Argentina, for example, that the first edition of the recently deceased Gabriel Garcia Márquez’s One Hundred Years of Solitude was first published. Then a lot of water — not to mention military governments and economic crisis — went under the bridge and the publishing industry entered into steep decline, with shriveling sales and readership, increasingly uninteresting catalogues and houses being sold or closed. Eterna Cadencia is both a popular bookstore and publisher in Argentina

Though Argentina maybe still far from the golden age, the political and economical shift that happened at the turn of the new century (around 2001-2003) brought about a renaissance of the industry. It’s not the old big houses that have been responsible for this renaissance, but a whole new world of new and independent houses, such as the above mentioned Adriana Hidalgo, Eterna Cadencia, Mar Dulce and many others. It is them that have frequently been responsible for introducing to a broader public the writers of the new generations while at the same time translating new literature from around the world.

Just by looking around into the showcase windows of the bookstores in the days before the Salon, one could notice the names of many of these new writers, displayed on the covers of books from a wide range of publishers, including Metaillié, Asphalte, De Seuil, JC Lattès and Christian Bourgois, among others. Part of this large number of translations have been published with the support of the Programa Sur, a successful project sponsored by the Argentine government whose aim is to finance translations into other languages.

How the French View Argentine Literature

“In our house Argentine literature holds a prominent position,” said Laura Alcoba, the French-Argentine writer who is responsible for the Hispano American area at Seuil. “We have published works by Martin Kohan, Leopoldo Brizuela, Pola Oloixarac, Rodrigo Fresán. It is a house that pays a lot of attention to Latin America and to Argentina in particular.”

According to Alcoba, there is a strong interest in Argentine literature among French readers. “All you have to do is look at the large number of authors that are being translated into French. Many of them are published by some of the most prestigious houses, such as Ricardo Piglia at Gallimard, Alan Pauls at Christian Bourgois or Leopoldo Brizuela and Martín Kohan at Seuil. It’s an impressive list, and it just keeps growing.”

Anne Marie Metailié, from Éditions Metailié, agrees with Alcoba, but points to some limits. “Argentine Literature is received in France by a small public, just as every foreign literature apart from American literature.”  A quick look at the numbers support her: translations from English account for around 60% of the 10,000 translations published annually in France. This is followed by Japanese (10%) and German (6-7%). In that context, translations from Spanish account for less than 4% of the total. Metaillié notes that many of the new Argentine authors began being translated a decade ago. “Authors such as Aira, Piglia, Alan Pauls, Leopolodo Brizuela, Pedro Mairal, Lucía Puenzo, Pablo Ramos, Fernanda Garcia Lao, etc.” The exoticism of Almada’s novel has proven popular in France.

According to Alcoba the French reader has a curious mind, open to novelty and surprise, as is shown by the interest in Selva Almada’s book El viento que arrasa, a book translated and published by Metaillié. “Interest in Argentine literature is explained by the quality of  the writing.”

But for Gustavo Guerrero of Gallimard, political sensibility still plays a huge role in the expectations of French readers towards Latin American literature as a whole. Or exotism. In fact, the success of Almada’s novel owes, firstly, to her skills with language and storytelling, but also to a story that is set in an exotic environment. As Almada, who was part of the official delegation of writers invited to Paris, has put it: “What seems to seduce the French is the combination of a universal story and a singular or exotic environment.” Be that as it may and despite arguments aroused in Argentine and French media regarding the political allegiance of some of the writers in the official delegation, Argentine literature was the star in Paris for at least a few days.

As author Inés Garland, who has been published by L’école des Loisirs, pointed out in an interview with the Argentinean writer and translator Jorge Fondebrider for the website Club de Traductores Literarios de Buenos Aires: “We were in the papers, we were on the radio, on the TV, in the windows of bookstores. And people in the FNAC (the bookstore that handled the Argentinean stand) said that they sold more books than ever before with any other guest country. I, for one, was happy with that.”

Miguel Angel Petrecca is one of the directors of Gog y Magog, an independent publishing house in Argentina, and a frequent contributor to cultural magazines including Revista Ñ, Perfil, Periódico de poesia, and Brando.