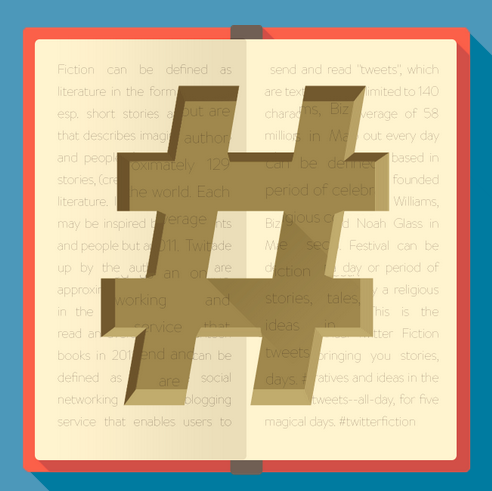 The Association of American Publishers, Twitter and Penguin Random House today announced the launch of #TwitterFiction Festival 2014, March 12-16, during which leading authors will take on the challenge of story-telling in just 140 characters, and others are invited to join in.

This second round of the festival will again allow both established and emerging authors (including such names as Emma Straub, Alexander McCall Smith, Andrea Creamer, and Anthony Marra) to utilize Twitter’s functionality by creating experimental fiction as Tweets. The festival is a partnership between the Association of American Publishers (@AmericanPublish), Penguin Random House (@Penguin RH_News) and Twitter (@Twitter).

More than 20 authors from APP member publishing houses have committed to participating in the weeklong event in March. In addition, #TwitterFiction Festival offers everyone the chance to be a featured storyteller and to create fiction on Twitter alongside the authors via a competition opening today. Entries can be submitted through February 4, with judging by a panel of publishing executives from AAP member organizations.

This year, #TwitterFiction Festival will kick off with an event on March 12 in New York City that will blend in-person and digital performance, with video of the event streamed live globally.

To date, participating authors from AAP member publishing organizations include:

“The Twitter Fiction Festival is a great way for authors of any level to use Twitter to bring the art of storytelling to life,” Andrew Fitzgerald, Media Partnerships at Twitter. “The real-time nature of the platform and brevity of Tweets make Twitter a perfect companion for weaving together fictional stories in 140 character spurts.”

Tina Jordan, Vice President, AAP, added, “AAP members celebrate good storytelling and great storytellers in all forms. We thank the publishing houses, led by our colleagues at Penguin Random House, for their involvement. We especially appreciate the many talented authors who are supporting this initiative through their participation and creativity.”

And in a statement to Publishing Perspectives, Kate Rados, Director, Community Development, Crown Publishing/Random House said, “#TwitterFiction Festival is a real ‘love of fiction’ moment for the publishing industry. Storytelling through tweets, vine videos, photos, and character accounts opens up a whole new creative writing outlet. We’re excited to partner with Twitter and the AAP in bringing this event to life.”

For further information, or to submit an entry for consideration, click here.