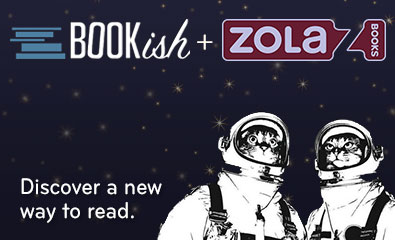 What this week’s sale of Bookish to internet startup bookseller Zola Books says to me is that a) publishers, no matter how they approach it, are not booksellers and b) technology is no panacea for publishing’s problems.

Though the three main investors — Hachette, Penguin and Simon & Schuster — have stated publicly that they had no intention of holding on to the company all along, it’s impossible to believe that there was not some hope that the company would succeed at selling books. Yes, former CEO Ardy Khazaei said the site was positioned as a “book discovery tool” rather than a bookstore. But still, who can ignore the argument (one that has not been cited so often of late) that a key survival strategy for publishers would be to pursue direct sales?

But selling the company after just 11 months in business and for what looks to be the loss of millions and millions of dollars? That seems rather quick on the trigger?

Is it that Bookish failed? Who’s to say. But I also suspect that the DOJ lawsuit and ruling last year may be at least partially responsible for the quick sale.  After all, each of the investors is likely rather wary to ever hearing the word “collusion” again and they’ll be happy to see some return on their investment considering they will also be facing investors who will see the DOJ settlements take a chunk out of their bottom lines.

As for the technology side, how’s that working out? On Bookish’s launch last February, Khazaei touted the company’s “superior” technology, noting that the company utilized “trillions” of calculations to compile its database. Today, Bookish has millions of titles for sale and several million pages of supporting documents, information, profiles and other book related ephemera.

Despite this wealth of online riches, do you think immediately think “Bookish” when you want to search for or buy a book? Have you ever though of the word “Bookish” when trying to find a book? I think most will freely admit the first word that comes to mind, and it echoes that of large South American river.

Who is also to say that Zola won’t be able to take it a step further and offer something genuine and new with the vast database of book and author information that was compiled? Maybe they can breathe new life into digital book discovery and bookselling? Maybe. But, honestly, its not that readers are really demanding another book discovery tool, no matter how compelling or clever or fun (see: Small Demons).

My hope is that Zola — a very young company previously best known for convincing Joan Didion to let them sell digital editions of some of her classic books — can make the most of what they acquired. At the very least, one thing is certain: Zola got a bargain.