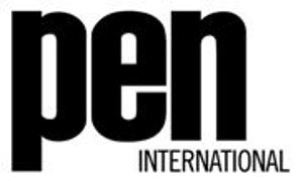 PEN International has announced that it will be partnering with UNSECO on a major new research and capacity building program, working with PEN Centers in Kenya, Serbia, Haiti, and Nigeria to strengthen the minority language creative publishing industries in those countries.

2. Capacity-building and training with the four PEN Centers to strengthen their advocacy for linguistic rights.

3. Support from PEN International’s Publishers Circle to PEN Centers and local publishers to strengthen minority language publishing in those countries.

PEN International and UNESCO have had a long-standing collaborative relationship going back to the late 1940s. PEN International is currently registered as an NGO partner with associate status with UNESCO and has received generous support for publications such as the Bulletin of Selected Books (1950 – 1982), and PEN International magazine (1982-2009). UNESCO has also helped support the development of the Free the Word! series of festivals and events.

The new project will be supported under UNESCO’s International Fund for Cultural Diversity (IFCD). The IFCD is a multi-donor fund established under Article 18 of the 2005 Convention on the Protection and Promotion of the Diversity of Cultural Expressions aimed at promoting sustainable development and poverty reduction in developing and least-developed countries that are Parties to the 2005 Convention.