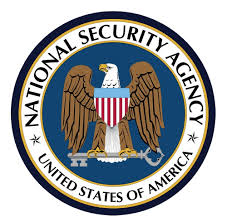 By Edward Nawotka, with report coverage by Dennis Abrams As the report’s introduction states:

“The codification of surveillance as a new ‘norm’ — with all different forms and layers — is changing the world in ways I think I fail to grasp still. And one of the things I’ve learned through repeat visits to another country with a strong police/military presence is what it feels like to not know whether or exactly how you are being watched due to some categorization you might not even know about. This is of great concern to me, the sense that this condition is spreading so rapidly to different nations now – or perhaps more accurately: that the foundations are being laid and reinforced so that by the time we fully realize that we live in this condition, it will be too late to alter the infrastructure patterns.”

But here’s the question — and perhaps a challenge — if writers are concerned about the surveillance, are they doing enough to counterbalance it? In a recent Podcast on Longform.org, the writer Gay Talese lamented the toothless-nature of the Washington bureau of the New York Times and lamented the lack of an anti-government or adversarial stance by the Times in general. The implication was the the press was allowing the government to muzzle it.

Writers are not powerless to fight back and protest. Self-censoring is not the answer by any means. While the numbers cited above may appear alarming — it also suggests there is another side to the story.

For example, how writers are doing something to fight the urge to self-censor, who are willing to take the risk and act bravely to pursue stories they deem important, to get behind the obfuscations, and to shed light on the shadows and illuminate the darkness.

A not-insignificant part of being a writer is the willingness to be brave. You have only to hold yourself responsible for continuing to live in the dark when you have it the means within yourself to shed light.