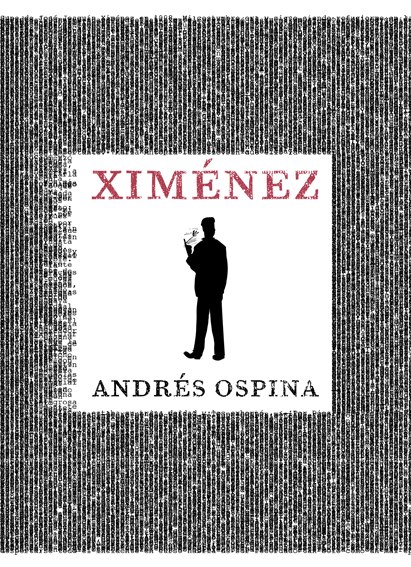 Sometimes a quiet bestseller can take a publisher by surprise. Take the example of small Bogota publisher Laguna Libros. When their title Emma Reyes: Memorias por Correspondencia won the Prize for Best Book by the Association of Colombian Independent Bookstores (ACLI) last year, the book—a collection of letters sent by Colombian artist Emma Reyes (1919-2003) to Colombian historian Germán Arciniegas (1900-1999) in which the author recalls her poverty-stricken and nomadic childhood in Colombia—became a surprise bestseller.

Laguna had published the title in co-edition with Fundación Arte Vivo Otero Herrera, an art foundation set up by a Colombian couple based in Spain who was close to the Arciniegas family, which owned the letters. After browsing some of Laguna’s titles, the Foundation contacted Felipe González, publisher and founder of Laguna Libros, and presented him the publishing proposal. Wary at first, the letters caught his attention and he decided to give the project a go. “The first edition was published in April 2012 and soon sales were good comparable to those of our previous titles,” he says. By September, shortly after the ACLI award and the positive reviews in media, sales shot up and Laguna was caught off guard and there were no books to be found. “We were doing some copyediting work on the first edition and waiting for some prologues for the second. But in October booksellers started calling and scolding us for not having yet printed a second edition: they told us that 10 people were coming in daily asking for the book.”

An ebook edition helped fill in the gap. “We were slow to release print editions,”  admits Gonzalez,” so when we ran out of printed books the ebook version took off.” Accordingly the e-book version has been responsible for almost 8% of the title’s sales, and was bolstered by a co-edition partnership with a Colombian publishing startup, E-libros (whose business model Publishing Perspectives covered earlier this year), a company allows readers to buy physical ebook cards in brick-and-mortar bookshops, then log into E-Libros’ website, type in a code and download the title, DRM-free, into their reading device up to three times.

“E-libros’ system caught our attention because it overcomes two big obstacles in the Colombian market for implementing a scalable e-book market: Colombians have a general mistrust towards credit cards and e-commerce, and statistics show that a low percentage own and use credit and debit cards,” says González. The book’s success was capped off  a little more than a year ago when the Colombian magazine Arcadia hosted the first Arcadia Bookstore Festival, where bookstore chains and independent bookshops competed to sell the imprints, genres and authors of their choosing. The sales program was coupled with public book readings, music and literary workshops, making for a great day for Bogota’s book lovers. Fortunately Laguna was finally able to meet the unexpected demand and was able to distribute new copies of the book at the festival.

So far, Emma Reyes is the crown jewel in Laguna’s list and is already on the second print run of its third edition.

González’s set up Laguna Libros in 2007 (Laguna is Lagoon in Spanish) and today offers a catalog featuring both art books and literature. Initially, the company also offered publishing services while releasing some art-related books under the “Laguna Original” imprint. “These are something like artist books, but if you see them they are not entirely so. These are not limited, signed, crafted and expensive editions as the term artist-book is normally used. The artistic component is basically the book’s focus on the image, be it photography, drawings or collage.” In line with its focus on art, the publisher has also taken aim at the academic market. The imprint “Laguna Documental,” offers two Elemental, an anthology of texts on the work of Colombian performance artist Maria Teresa Hincapié (1956-2008) and, more recently, Inolvidable Botero, an anthology of art reviews and essays on the work of Colombian artist and sculptor Fernando Botero (1932). González is enthusiastic about the list and wants to find more readers for it. “We are currently working on some similar projects. However, we have had to put them aside for the moment because we started to have more sales with our literature titles.”

In Colombian Spanish a laguna (lagoon) also means a loss of memory, which results in oblivion. A play on this word which has guided the establishment of of two literature imprints, Laguna Crónica and Laguna Fantástica. Both seek to blend fiction and non-fiction under the same umbrella as a way to free both genres from self-imposed limitations. “We believe there is no such thing as pure non-fiction and pure fiction,” says González.  “Fiction needs to rely on life experiences and events, but at the same time non-fiction (memory) cannot be a dry list of data, there is always some fiction in it”.

“Laguna Fantástica,” offers science fiction and crime novels, and features ten titles, from emerging authors such as Juan David Correa, Fernando Gomez and Gabriela Santa Arciniegas, and renowned novelists such as José Félix Fuenmayor (1885-1966) and José Antonio Osorio Lizarazo (1900-1964). On the other hand, “Laguna Crónica” hints at the journalistic concept of chronicle (crónica in Spanish) and seeks to combine historical novels with testimonies. Both Emma Reyes and Ximénez, a novel-biography of a forgotten Colombian journalist by Colombian writer Andrés Ospina, are part of this collection. Laguna is not the only publisher in the burgeoning Colombian publishing startup community. Along with other small publishers they set up last year an informal community called La Ruta de la Independencia (The Independence Route, an allusion to the Latin American Independence Wars of the 19th century) which has started to build a foothold in Colombian and international book fairs and helped raise the profile of independent Colombian publishing.

Despite its short history, Laguna has been a fixture at both national and international book fairs, including the Bogota Book Fair, the Fiesta del Libro de Medellín, Feria del Libro en Español de Los Ángeles (LéaLa) and the Guadalajara Book Fair. Throughout, they have been aided by Proexport Colombia — the government office for export promotion– which helped them to widen their scope of influence and make some inroads into rights sales through a collaboration with literary agency Casanovas & Lynch.

In fact, 2013 may be a milestone year for Colombian independent publishing. The Colombian Book Chamber has created recently an Independent Publishers Committee to debate the subsector’s issues and has allowed a representative to sit on the Board of Directors. González sees this as a good sign for Colombian literature, particularly in aftermath of Editorial Norma´s decision in late 2011 to forego trade publishing to focus exclusively on education. “This announcement left a big hole in the Colombian publishing industry. The other large publishers in Colombia are multinationals like Planeta and Santillana, which are Spanish. I believe that we are seeing a reconfiguration of local book publishing”.

As for his views on trends on Colombian independent publishing, González sees two tracks: First, “there are those who publish forgotten works and authors, and classical literature in Spanish; and, second, there are those looking to develop for new talents.” For the moment Laguna’s mission is to recover memory from oblivion. “We are not trying to just sell a title, a paper brick: we want to offer our readers a piece of heritage. In Colombia, memory is very important and has been largely underestimated. We want to keep abreast of both new authors and their titles in order to build a new memory, but we also want to keep an eye on those authors and titles that have been forgotten. In the end, it is all about mixing the new with the old”.