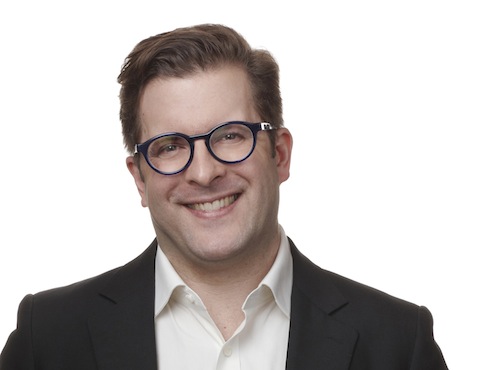 Michael Tamblyn is the Chief Content Officer at Kobo, responsible for sales, publisher and industry relations, content acquisition, and the merchandising experience across Kobo’s web and mobile services. Publishing Perspectives spoke to him about the company’s latest content additions and tablet plans. At the end of August Kobo announced that it had signed agreements with a raft of the world’s top publishers to bring magazine content its readers. The list of participating publishers is long, and includes Condé Nast, Hearst Corporation, American Media, Bauer Publishing Group, and Reader’s Digest. Whereas Kobo previously offered its users no magazines, readers can now dip into hundreds, including such famous brands as Glamour, Vogue, Cosmopolitan, GQ, and Wired.

“When we asked our customers what they most wanted beyond books, they overwhelmingly said “Magazines!” says Tamblyn. “These are passionate readers who have made the switch to digital and are looking for the same convenience and immediacy for magazines that Kobo has given them for ebooks. So we view this as incremental, another part of their reading life that we can make easier.”

Tamblyn stresses not only the sudden appearance of new content as significant development in Kobo’s business but also “the new digital magazine experience,” which he says was “…developed with the same digital publishing tools we offer to publishers, so it brings magazine content to life.”

Magazine publishers, says Tamblyn, “…are obsessed with the quality of their publications. Everything matters — not just the words, but the quality of images, fidelity of design.” Kobo meanwhile has developed what Tamblyn says “…is the best magazine-reading experience currently available.”

This reading experience is centered on the Kobo Guided Reading interface which, says Tamblyn “…preserves the experience intended by magazine publishers with a visually rich display that makes reading easy on any tablet or smartphone. Instead of panning and zooming, Guided Reading navigates around the page with a simple one-tap interface that intelligently moves from one column of text to the next. Removing distractions so readers can focus on the content, Kobo has eliminated the need for toolbars, creating a more crisp and clean interface.”

The Guided Reading interface leverages Aquafadas Digital Factory, a cloud-based system that Kobo uses to produce their digital magazines. Says Tamblyn: “We were so impressed with the Aquafadas magazine experience that we acquired the company last year. Their technology is embedded in our reading experience and powers our conversion and production processes to make these beautiful publications. They already had strong relationships and a solid reputation with many magazine publishers, especially in Europe, which has helped us move fast as we get the service up and running. The magazine experience is just the beginning, so you can expect to see more exciting stuff as our companies work together.”

As well as adding magazines to its content selection, Kobo has created a dedicated Kids Store was was opened in September in North America, the UK, France, and Italy, and which will later be made available internationally. The Kids Store carries almost 100,000 titles, including such bestsellers such as Diary of a Wimpy Kid, The Day Crayons Quit, Wonder, and Catching Fire. This fall, Kobo will offer parents the ability to set up dedicated accounts for their kids so that they can safely explore the amazing titles within the Kobo eBookstore.

Says Tamblyn: “Parents are able to set spending allowances and adjust search settings to keep their kids reading safely. They are also able to set reading goals for kids and track their progress with engaging reading stats – all features designed to make ereading an educational, fun and friendly experience….although we can’t share the exact percentage of children’s books in relation to overall sales we are confident the new kids store will help young readers occupy the same proportion of sales in digital that they do in print. The Kobo Kids Store will provide a discovery experience that will make titles compelling for kids and their parents.”

Although Kobo will be selling this new digital content to be used across multiple platforms, the firm remains committed to its own e-readers and tablet devices; Tamblyn stresses that “having our own devices means we can build an experience that puts readers first and foremost. We can listen to what readers want and deliver it.” He points in particular to Kobo’s new 10” Kobo Arc HD and 7” Kobo Arc 7 HD tablets as exciting developments. The Kobo Arc 7HD contains a 323 ppi screen for a crisper viewing experience of books, while Tamblyn says that the Kobo Arc 10HD, which has 1.8Ghz processor currently offers the highest resolution screen on the market.

As for Kobo’s future international expansion plans, Tamblyn says “We continue to look for new countries where readers are getting excited about digital and building partnerships with booksellers and publishers to fill that need.” On September 10th Kobo launched its platform and devices in the Philippines in partnership with National Book Store.

The company’s expansion policy he says, is guided by a belief in the need to “…to invest in markets early, when digital is in its infancy. So at any given time, we are incubating some that are at the beginning of that transformation while others have started to leap forward or are becoming more established.”

Tamblyn continues: “As digital reading becomes “the new normal” for English language markets in UK, Australia, New Zealand, Canada and the US, we are now seeing ebooks taking off across the EU markets we launched a year or two ago, with significant growth in France, Italy, Netherlands and Germany. Brazil is leaping ahead, South Africa is growing fast and Japan is really beginning to accelerate for us. It’s a front-row seat for a global transformation.”