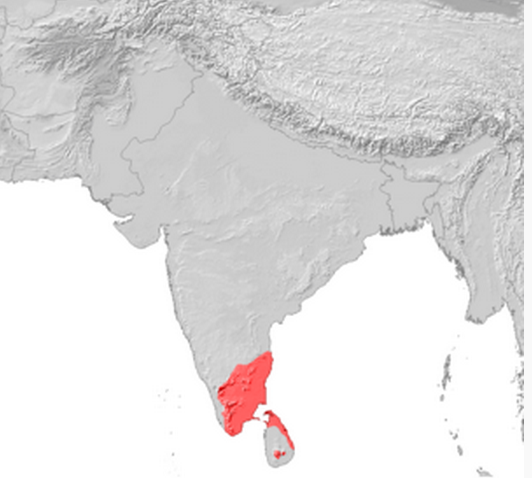 Writing in The Hindu, Olympia Shilpa Gerald described the scene at this year’s Puducherry Book Fair: “It’s not uncommon to see an English book sitting cheek by jowl with its Tamil translation. Be it contemporary Indian writers, literary giants from around the world or self-help books, Ramachandra Guha, Gabriel [Garcia] Marquez and Norman Vincent Peale are lined up in book fairs today in their Tamil avatars. Going by what booksellers say, the Tamil publishing industry is gung-ho about translating any bestseller into the vernacular.”

Indeed, while the paper reports that Tamil books are everywhere, with writers like Chandiliyan and Vairamuthu featured every few yards, international writers and books translated into Tamil are this year’s bestsellers. “Tamil translations of bestsellers have been flying off the shelves at recent book fairs. The price is at least Rs. 100 or 200 less than the original,” says Srini, a bookseller.

With the increase in popularity of books being translated from English (as well as other languages such as Russian and Spanish) into Tamil, Gerald asks an interesting question: will this then translate then into career opportunities? The answer: “For students who can claim competence in English and Tamil, a whole new world of prospects may open up if the trend continues.”

Indeed, at postgraduate centers such as the Kanchi Mamunivar Centre for Postgraduate Studies, English literature and language students are encouraged to go beyond the theory of translation by translating short stories and essays from English to Tamil (or the other way around).

“Besides a paper on translation theory and practice, students are exposed to literature translated from Tamil and other Indian languages,” said P. Raja, associate professor of English. “Understanding the theory of translation gives an insight into the nuances and fundamental rules essential for transferring meaning from one language to another.”

In addition to postgrad work, both students and research scholars are encouraged to contribute to Transfire, a journal of translations from Indian languages into English, and to participate in its translation contests.

“The challenge,” said associate professor D. Gnanasekaran from the Kanchi Mamunivar Center,” lies in conveying the cultural connotations (a mere mention of shock at seeing a woman in a white sari conveys much but does not make sense in English unless the implication that the woman is a widow is expressed), colloquial expressions and nuances in language. This is why translation also requires a creative mind as more often than not a good amount of transcreation (recreating text) is demanded.”

It is interesting to note, though, that while Tamil publishers are eager to find bestselling books to translate from English to Tamil, it’s not a two way street: there seems to be very little enthusiasm in publishing English translations of books originally written in Tamil. “Publishers,” said Professor Raja, who is currently working on a collection of short stories, novels and literature from Puducherry, translated from Tamil for Oxford University Press, “are skeptical about the reader base.”