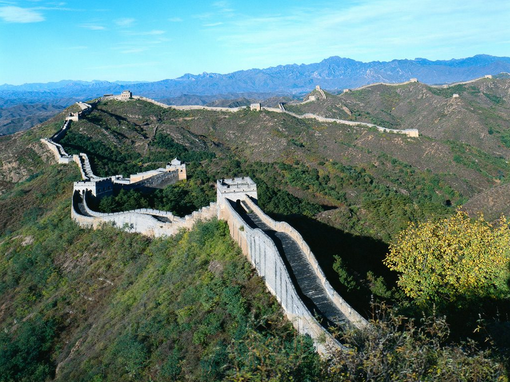 The Great Wall of China

Writing in The New York Times, Andrew Jacobs examined the compromises made by both Americans and their publishers in order to please Chinese censors and have their books available to a potential readership of millions.

Take, for example, Ezra F. Vogel’s biography of China’s reformist leader Deng Xiaoping. Missing in the Chinese edition were several details available to Westerners, but for Vogel, the decision to remove them was an “unpleasant but necessary bargain.” His book Deng Ziaoping and the Transformation of China (Harvard University Press), sold 30,000 copies in the United States — and an additional 650,000 in China.

“To me the choice was easy,” Vogel told the Times while on a book tour of China that attracted large crowds in almost a dozen cities. “I thought it was better to have 90 percent of the book available here than zero.”

It is a nearly irresistible market both for writers and publishers: Last year, according to the Association of American Publishers, ebook earnings for American publishers from China rose by 56%, and Chinese publishing companies bought more than 16,000 titles from overseas in 2012, up from a mere 1,664 in 1996.

Jacobs points out that while some bestsellers like The Da Vinci Code and classics like Gabriel Garcia Marquez’s One Hundred Years of Solitude can make it through unscathed, “the authors of sexually-implicit works or those that touch on Chinese politics and history can find themselves in an Orwellian embrace with a censorship apparatus that has little patience for the niceties of literary or academic integrity.”

(Of course, some titles, like Fifty Shades of Grey, may prove to be impossible. According to Jacobs, the Chinese publisher who bought the rights last year for a sizable amount of money has “so far been thwarted from bringing it to press, according to industry executives.”)

Jacobs points out, perhaps not surprisingly, that, “Foreign writers who agree to submit their books to Chinese fickle censorship regime say the experience can be frustrating. Qiu Xiaolong, a St. Louis-based novelist whose mystery thrillers are set in Shanghai, said Chinese publishers who bought the first three books in his Inspector Chen series altered the identity of pivotal characters and rewrote plot lines they deemed unflattering to the Communist Party. Most egregiously, he said, publishers insisted on removing any references to Shanghai, replacing it with an imaginary Chinese metropolis called H city because they though an association with violent crime, albeit fictional, might tarnish the city’s image.

Mr. Qui, who writes in English but was born and raised in China, said that he had reluctantly agreed to some of the alterations, and only after heated discussion, but that others had been made after he approved what he thought were final translations. “‘Some of the changes are so ridiculous they made the book incoherent,’ he said in a phone interview. Having been burned three times, he said he has refused to allow his fourth novel, A Case of Two Cities (Macmillan), to be printed in China.”

And Qiu is not the only author to object to Chinese censorship. Hillary Rodham Clinton had her memoir Living History removed from Chinese shelves after learning that large sections of the book “had been excised without permission.” And a Chinese version of Alan Greenspan’s Age of Turbulence didn’t make it to the shelves at all after Greenspan refused to approve censors’ requests for changes.

But for many, the desire to protect their work is outweighed by the desire to reach an audience in the world’s most populated country.

“As an academic who doesn’t write for a large publication, I’m always happy to have a readership that extends beyond the three people in my family,” said Rebecca Karl, a professor of modern Chinese history at New York University whose book Mao Zedong and China in the Twentieth-Century World: A Concise History (Duke University Press), was recently purchased by a Chinese publishing house. She said most of the cuts demanded by her publisher, Hunan People’s Publishing, were relatively painless, although she fought back on every one of them. ‘It’s about what I expected,” she told Jacobs. (What she probably didn’t expect was that the book’s publication was cancelled, and it might end up never being published at all.)

Jacobs reported that despite the huge increase in the number of foreign language books being imported, the outlines of what concerns censors remains the same: “Topics that deal with ethnic tensions, Taiwan and Falun Gong, the banned spiritual movement, are off limits, and books that contain even a passing reference to the Cultural Revolution or contemporary Chinese leaders can expect fine-toothed scrutiny.”

The very process itself “remains opaque and unpredictable.” Each of China’s 560 publishing houses is required to employ in-house censors, most of whom are (naturally) faithful party members. And then there’s the General Administration of Press and Publications, “whose anonymous apparatchiks can order the removals of chapters or kill an entire book.”

But ultimately, it is the in-house editors at Chinese publishing houses themselves who are usually the fastest to break out the red pencils. “Self-censorship has become the most effective weapon,” said the editor in chief of a prominent publishing house in Beijing. “If you let something slip through that catches the attention of a higher-up, it can be a career killer.”