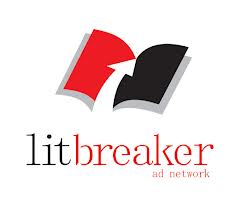 Is it possible to make money from advertising on literary blogs? Jason Chambers, founder and CEO of Litbreaker Advertising Network says yes. Recently Publishing Perspectives spoke to him about the market for web-based literary advertising and what it can tell us about the state of online literary communities today.

“There’s as much money there as publishers want to invest in it,” says Jason Chambers. “The marketing dollars exist. It’s largely a question of distribution and return. If book blogs, or digital in general, continue to prove their value in marketing investment, then publishers will increasingly want to advertise there.”

Chambers had the idea of starting an online advertising network geared towards the needs of literary websites while grappling with the issue at his own blog, Three Guys One Book, which he had founded with a group of friends in 2008. In early 2011 he sought out an “arts advertising network” to manage the ads on the site, only for it to swiftly go defunct. So Chambers, who previously held positions as Buyer and Merchandise Manager at Bookazine and Operations Manager at Brookline Booksmith bookstore in Boston, decided to do it himself:

“I started researching the viability of the business model. I launched LitBreaker at BookExpoAmerica about 4 months later. It was profitable from the start, though I’d say it took 6 to 12 months before I was sure that it was going to grow to a larger scale.”

Last month, Litbreaker managed ads on about 75 websites, serving “…about 5 million ads to nearly 1 million unique readers,” says Chambers. Terms and Conditions provide for a 35% LitBreaker commission, and rates vary according to where a customer wants an ad placed and when, and also on the size of the ad budget. Chambers stresses that he strives for straightforwardness in all areas:

“I prefer to keep things simple from both the advertiser’s and the website’s perspective. For websites, it’s strictly a revenue-share model. We calculate the revenue for ads displayed on their site each month and plug it into a simple formula. For advertisers, we sell ads on a CPM basis — Cost Per 1,000 [impressions]. We work together to select the right category or sites for their book or product, choose the dates for the ad run, as well as any special requirements like geographic targeting, and get it started. Anyone can do the math to find out what their costs are or what their revenues are. We’re focused on transparency for our clients and customers, so anyone can get the data they need… anyone can place an order in a couple of minutes via our self serve platform, or we can guide people through the process if they send us an email.” There are no clear patterns regarding who uses the service to place ads, says Chambers — his clients range from large multinationals to independent publishers to individual authors: “Open Road, Other Press and Harper Perennial supported the idea from the start, which was encouraging, since they are three smart agile outfits from somewhat different corners of the publishing world.”

Chambers adds that there is no consensus even within the same companies:

“It’s complex because there are so many different levels within organizations. Even within the largest publishers, imprints are often responsible for their own marketing decisions, operating as separate businesses. So while one imprint may be interested in only the New York Times, another might decide their audience is reachable via digital, and a third might prefer a mix of media. As you’d expect, some have been hugely supportive, a few don’t return phone calls, and most are in the middle somewhere.”

Chambers is the sole owner-operator of Litbreaker, but following the network’s success he recently recruited Dennis Haritou, a colleague from Three Guys One Book, to serve as Director of Business Development. “He’s in charge of managing our bloggers’ needs, and adding new blogs to the network. His work has made our ongoing expansion a success. Outside of Dennis and myself, I have a tech support group available from my ad server that I use as needed, and I outsource my bookkeeping to the great folks at accountingdepartment.com.”

…and some of the websites affiliated with Litbreaker.

Last year Chambers announced plans to expand from managing ads on literary blogs to providing the same service for websites focused on other genres. The expansion was successful, he says, but “…we still have miles of room for growth. Publishers’ marketers are interested in being able to target genre audiences, and the ability to package 10, 20, or 50 relevant blogs together for them is a huge time saver. There have been some surprises — while we anticipated Mystery, Romance, SFF, YA and Chick Lit to be popular, we didn’t predict the strength of non-fiction blogs — there is a lot of serious non-fiction being published with few online media placements for them. We’ve been lucky to find some interesting, erudite blogs and litmags to fill that need. “

Currently Litbreaker’s audience is 75% based in US and about 53% Female to 47% Male. The sites appeal to young adults between the ages of 18 and 44 Chambers says and are “…heavily skewed toward college or grad school-educated individuals, with above average income. That’s just the big picture, though. What’s most important is that each site, and each category, has its own audience. Some sites might be very male-oriented, while some are 80% or more female readers. Some skew quite a bit older or younger than the average. And that’s where the value is for advertisers, being able to reach the audience they want for their books. We use Quantcast for most of the data. It gives us a non-intrusive snapshot of the audience using non-personally identifying information.”

Given his experiences as book buyer, blogger and now manager of an online literary ad network then Chambers seems to be in a uniquely qualified position to comment upon the state of literary blogging today. So what does he think — are the major players already established, or is there still room for new players?

“There are a lot of good ones already established, of course, and a lot of them are growing by adding contributors, marketing themselves and being very active via social networking, but there’s been a lot of attrition as well. Try to Google ‘best book blogs 2009’  and look at some of the lists. Outside of the corporate-owned sites, a large portion will have changed.”

The “blog space,” Chambers says, is being filled in different ways. “Part of the change is due to the hobbyist blogger, who starts a free Blogger or WordPress blog to talk socially about the books they’ve read or want to read. Another large group of bloggers are professionals with editorial or writing aspirations, who are hoping to fill some of the review space being abandoned by newspapers that are dropping their book coverage, or who are publishing original short fiction. There are more of both kinds of book bloggers than there ever have been, and I doubt that’s going to drop off anytime soon.”