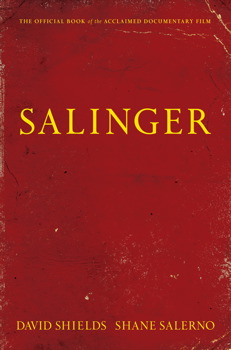 A new documentary and book make the claim that the reclusive J.D. Salinger, whose last published work appeared in The New Yorker in 1965, “instructed his estate to publish at least five additional books — some of them entirely new, some extending past work — in a sequence that he intended to begin as early as 2015.”

According to The New York Times, the film and biography assert that the new books and stories were “largely written before Mr. Salinger assigned his output to a trust in 2008,” two years before his death in 2010.

The biography, entitled Salinger (Simon & Schuster), was co written by David Shields and Shane Salerno and is scheduled to be published on September 3; Salerno’s documentary opens in theaters on September 6 and will air on PBS as part of the “American Masters” series in January.

The authors cite “two independent and separate sources” who they say have “documented and verified” the information regarding the upcoming works from Salinger. Jonathan Karp, the publisher of Simon & Schuster said in an interview with The Times that “I believe that his sourcing is strong on the basis of all of the on-the-record sourcing that is unimpeachable,” adding this about the unpublished manuscripts, “if and when it happens, I would expect it be one of the biggest publishing events of the year, if not the decade.”

One of the Salinger books will be called “The Family Glass” which would include five new stories in addition to previously published stories about the beloved Glass family (featured in Franny and Zooey, Nine Stories, Raise High the Roof Beam, Carpenter and Seymour: An Introduction).

Another would be a revised version of an already known but previously unpublished story, “The Last and Best of the Peter Pans” which will be included in a collection with new stores as well as existing work about the fictional Caulfields, including Catcher in the Rye, whose main character is, of course, Holden Caulfield.

The Times said that the new works will include a “story-filled ‘manual’ of the Vendatta religious philosophy, with which Mr. Salinger was deeply involved; a novel set during World War II an based on his first marriage; and a novella modeled on his own war experiences.”

Neither the documentary or biography name a prospective publisher for the new works. The Huffington Post reported that spokesperson Terry Adams of Little, Brown and Company, which published Catcher as well as Salinger’s three other works declined to comment on Sunday. Salinger’s son, Matt Salinger, who helps to run his father’s literary estate was not available for comment.

The Times quotes Salerno as saying that he did not necessarily expect Little, Brown to be the publishers of future works, believing that the estate has the right to place them with another publishing house.

“He’s going to have a second act unlike any writer in history,” Salerno said. “There’s no precedent for this.”