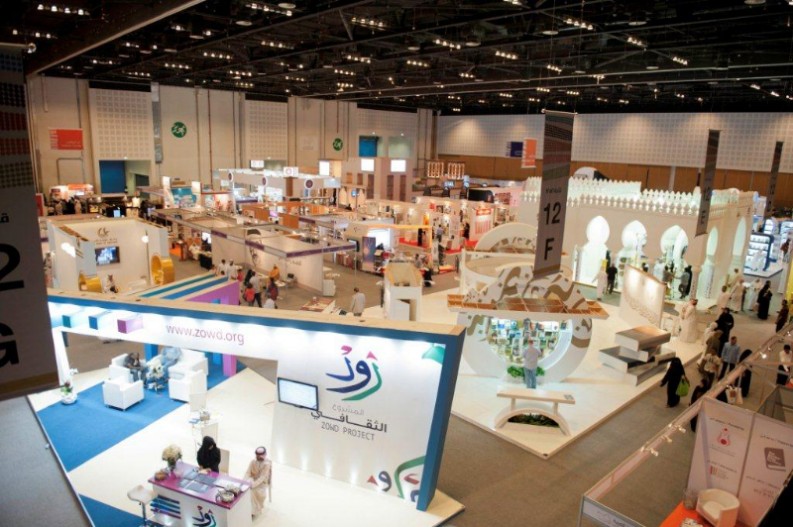 This year’s Abu Dhabi International Book Fair takes place from Wednesday, April 24 to Monday April 29. Will you be there? We will and you should let us know. We’ll be working as part of a team to bring you all the latest developments from the Arabic-language publishing markets and around the Fair.

This year’s event is shaping up as one of the best yet, with exhibitors from over 50 countries showing off some half a million titles in over 30 languages. The ADIBF has also put together a full roster of professional and cultural programs, many of them focused specifically on the Gulf Cooperation Council (GCC), which is this year’s “Market Focus.”

Among the professional program highlights are events covering social media in publishing, access to GCC educational markets and the market for art books in the GCC countries. And with the growing emphasis on digital publishing, the Fair’s “eZone” has doubled in size and will offer a variety of seminars covering specialized topics, such as metadata, education technology, ebooks, and the relationship between startups and publishing.

Authors scheduled to attend the Fair include dozens of writers from the region, as well as numerous international luminaries such as Reza Aslan, Mona Simpson, Natasha Trethewey from the United States; Bjarni Bjarnason, Bragi Ooafsson and Sjon from Iceland, Andrei Kurkov from the Ukraine, Canada’s Rawi Hage, and many more.

As always, Publishing Perspectives is on the look out for the most exciting developments from the global publishing industry.

So, if you’ll be attending the ADIBF and have a great story to tell — a big piece of news, or just want to say “hello” — please get in touch with us via email.