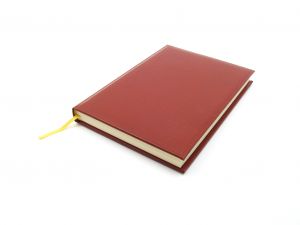 The latest StatShot from the Association of American Publishers (AAP) for the month of November 2012 shows an ongoing explosion in YA sales — indicating a +141% increase in ebook sales against the same month in 2011 (vs. 17% for print, and -2% for paperback). YA books sold $1.56 billion for the month, of which $222 million were ebooks.

And yet, teens appear to be “snapping back to print,” said Kristen McLean at the Tools of Change Bologna conference on Sunday morning, just prior to the opening of Bologna Children’s Book Fair. Sales for YA ebooks represent just 20% of the segment, versus 15% for children’s books in general and just 2% for picture and story books.

“All the indicators are taking me towards this idea. Print and ebooks are a known quantity for these readers. We’re watching this to see if this is going to be an ongoing trend,” added McLean.

Could this ongoing preference for print be because the digital titles available to them are underwhelming in relation to competing forms of digital entertainment? Or is it more a question of the lower percentage of teens who have access to digital reading devices, with just 13-14% of teens owning an e-reader and 20% having an iPad or tablet?