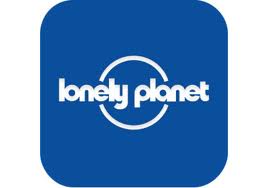 BBC Worldwide, the commercial arm of the British public broadcaster the BBC, is selling its travel guide series, Lonely Planet, to NC2 Media, a Nashville-based digital media company owned by U.S. billionaire Brad Kelley for $77.8 million — $120 million less than what BBC bought it for in 2007.

As quoted by NBC News, BBC Worldwide and NC2 Media issued a joint statement which read in part:

“BBC Worldwide has been exploring strategic options for ‘Lonely Planet’ over the last year and was keen to find a new owner that could bring greater focus and capital to the business. NC2 Media demonstrated a commitment to invest in Lonely Planet and today’s announcement concludes the process to find the right buyer.”

“We acquired Lonely Planet in 2007 when both our strategy and the market conditions were quite different. Since then, Lonely Planet has increased its presence in digital, magazine publishing and emerging markets whilst also growing its global market share, despite difficult economic conditions. However, we have also recognized that it no longer figs with our plans to put BBC brands at the heart of our business and have decided to sell the company to NC2 Media who are better placed to build and invest in the business. This deal begins a new chapter for Lonely Planet and signifies the end of one for BBC Worldwide.”

Indeed, BBC Worldwide’s purchase of Lonely Planet in 2007, according to The Los Angeles Times, sparked a wave of criticism from those who believed that BBC’s public money was better left out of private-sector business. In 2009, James Murdoch described the deal as a “particularly egregious example of the expansion of the state.”

And now with this week’s sale, the BBC finds itself under attack yet again; now for selling the company at a loss. The BBC Trust, the corporation’s governing body, issued a strongly worded statement pointing out that the purchase “did not prove to be a good commercial investment,” while calling for a “review of lessons learnt.”

“With this acquisition comes a global footprint, not only in the travel guide business, but also in magazine publishing and the digital space. We are very excited about this opportunity, and delighted to agree this deal with BBC Worldwide. The challenge and promise before us is to marry the world’s greatest travel information and guidebook company with the limitless potential of 21st century digital technology. If we can do this, and I believe we can, we can build a business that, while remaining true to the things that made Lonely Planet great in the past, promises to make it even greater in the future.”

Founded by English engineer Tony Wheeler and his wife Maureen, who compiled Lonely Planet’s first edition at their Melbourne kitchen table in 1973, the guidebook series initially covered countries in Asia, before expanding into Europe and America in the 1990s. It currently publishes around 500 titles in 11 different languages.

According to NBC News, early reports stated that offices in Oakland, Calif., Melbourne, and London will continue to operate as is, but sources in London say that the Australia office will be eventually be closed and the majority of the business moved to the United States.