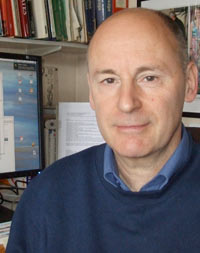 It’s a time of re-invention, re-education, and revolution in children’s nonfiction publishing — at least in the United States. New US Common Core Standards require children at every grade to read and respond to at least 50% nonfiction. At high school level it is 70%! In parallel, digital technology is changing information books into transmedia presentations to read or interact with on tablets, smartphones, and smartboards.

In response, traditional US nonfiction publishers are remodeling their output and working with technology companies to transform children’s nonfiction into ebooks, apps, and online experiences. Apple, Google, and Microsoft have struck deals with the big educational publishers to digitize their textbooks and learning aids for online delivery. Apple’s iBooks Author has empowered individuals to self-publish children’s nonfiction. Once digital developers succeed in formatting highly visual layouts for all ebook readers, the nonfiction revolution is likely to race ahead. These changes are affecting children’s book writers, illustrators, designers, and book packagers (creation houses). They are also impacting on teachers and librarians, who have to deliver the Common Core requirements. Vicki Cobb, award-winning children’s nonfiction author and founder of www.inkthinktank.com, an organization committed to bringing high-quality nonfiction into classrooms, has stated, “There’s a sea-change coming to education as teachers and librarians are set to transform the educational culture in this country using nonfiction to prepare students to be college and career ready.”

Juvenile nonfiction sales were up 5% in the United States in 2012.

In both the United States and Britain, nonfiction was sometimes seen as the poor relation of children’s publishing. It was deemed to offer fewer opportunities than fiction to be “creative.” Writers’ and illustrators’ conferences made token gestures to nonfiction. There were fewer awards and prizes for children’s nonfiction compared to fiction. At Frankfurt and London book fairs and at Book Expo many trade publishers displayed their children’s fiction far more prominently than nonfiction.

Then in the United States, around 2010, in an effort to raise educational standards, teachers, librarians, parents, and educators got together to create the Common Core Standards. Free from the shackles of publishing industry, they reviewed, analyzed, and categorized nonfiction alongside fiction. They discovered that for many children — boys especially — good nonfiction can have as much literacy value as fiction. They read the work of authors passionate about their subjects who had been experimenting with format, voice, art, point of view, humor, and narrative to inject fun, pathos, satire, and excitement into nonfiction. These books speak directly to children and enthuse them. The Common Core Standards requires — for the first time — that teachers and librarians use these inspirational books alongside the more “authoritative” instructional books that educational publishers are probably financially pressurized into producing for widespread classroom use.

Reviewing and categorizing nonfiction makes it easier for teachers, librarians, and parents to choose the correct nonfiction books for their children. It has also helped children’s nonfiction titles to win general children’s book awards, and to persuade fiction writers to try their hand in this new genre. It has even prompted the first children’s major nonfiction conference, set to take place at SUNY New Paltz this June outside New York City. This will focus on the business of and new opportunities within the genre, and it should prove invaluable to anyone interested in the nonfiction revolution. See www.childrensNFconference.com.

Patricia Stockland, Editor-in-Chief of Lerner Publishing Group and a Faculty member at the conference says: “This is an excellent time for writers, illustrators, and editors to find work in children’s nonfiction publishing, and to bring their creativity to a burgeoning market. They may find themselves working with digital technicians alongside publishers and be challenged to learn new computer skills, but the rewards will be great — both in gaining an expanding skillset and in learning that we’re no longer working in a publishing field or in digital fields, but in digital publishing for multiple platforms.”

Children’s nonfiction is also firmly on the radar of technology companies, who are seeking ways of making computer games educational and books virtual reality experiences.

DISCUSS: How Do You Best Empower Young Readers with Choice?