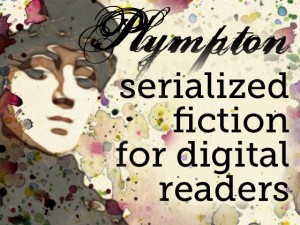 Jennifer 8 Lee needed programming help to launch her serialized publishing startup Plympton, but she didn’t have the cash. So what did she do? She got creative. “I have a lot of MIT people in my social circle,” said Lee, “and I eventually got in touch with the world class programmer who was in grad school there. In exchange for some help, I offered to re-do his OkCupid profile for him.”

It worked out. Her programmer went from invisible on the online dating site to “hot” — and went on four dates in six days. Lee got her programming.

This past January, Lee enlisted a pair of MIT graduates to do further programming work during their J-term. In exchange she sent them to the Sundance Film Festival “where they slept on the floor,” says Lee. “I’m hoping that word gets around MIT that it’s cool to work with Plympton.”

Incidentally, Plympton has moved beyond mere “startup” into a more ambitious company, having just merged this week with long-standing and popular literary serialization service DailyLit.

So, tell us, what have you done to attract publishing programming talent on the cheap?