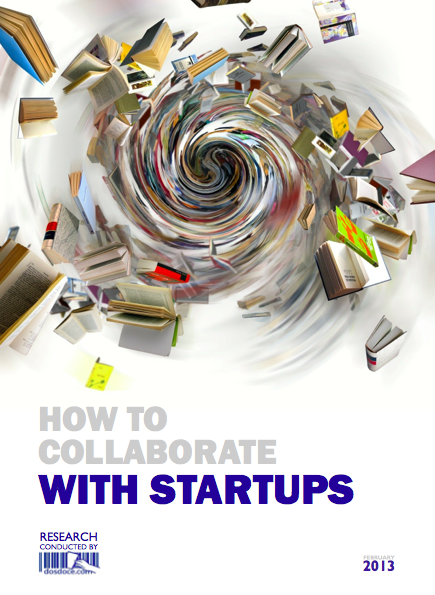 A new survey of publishers, startups and venture capitalists reveals what needs to change for the three groups to collaborate. This question was posed to Javier Celaya, founder of Spanish publishing consultancy Dosdoce, by a venture capitalist as he researched the opportunities for collaboration between startups and publishing companies. Celaya surveyed more than 170 companies — 70% publishers and 30% startups, as well as 10 VCs — for a new survey, the results of which were released on Thursday at O’Reilly’s Tools of Change for Publishing conference in New York.

“The lack of engagement with startups has got to change. It is inevitable that publishers and startups will have to work together,” Celaya told Publishing Perspectives. “In the digital age, technology is part of your competitive advantage. As the price of content pushes closer and closer to zero, publishers are no longer in the content business, they are in the content business are with services. Those services are going to be provided by technology companies or startups and you have to figure out which are the best service providers for your authors and readers.”

Of publishers surveyed by Celaya, just 26% reported having met with a startup in the past year.

Alas, the survey reveals publishers and startups don’t often meet — just 26% of the publishers participating reported having met with a startup in the past year and only 10% of them had a meeting every a month. Of those meetings, 35% resulted in a followup.

“Part of the disconnect is that each party arrives at those meetings with different expectations. Publishers go in looking merely to talk and explore ideas. Startups are going in to close a deal.”

The opportunity to work with and learn from startups should not be dismissed, said Celaya, merely because of the financial costs or perceived risks. The upside of potential collaboration is too important to ignore. “Startups create new products and services unders conditions of extreme uncertainty. They are going to give you a lot of clues in how to work in the digital age.

PDF DOWNLOAD: How to collaborate with startups — International study conducted by Dosdoce