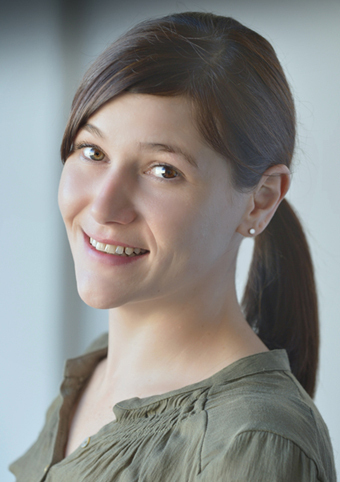 Though digital has made selling foreign language and translated titles easier, it’s no quick fix.

A panel discussion at last week’s Digital Book World conference in New York featured a trio of publishers who were working at selling translated and foreign languages in the US and it was revealed — no surprise — that the endeavor remains in the midst of the digital transition, just as difficult as its always been. Marion König is leading Bastei Lübbe's efforts to sell the German publishers books directly in the US and China.

Marion König, International Sales Manager E-Publishing, Bastei Lübbe, spoke about the company’s “Apocalypsis” project — a series of dystopian novels which the German publisher translated on its own into English and sold in a staggered release starting last fall. König said little about sales, but the experiment offered a “proof of concept” that a European publisher can indeed publish directly into the US without selling rights and depending on a foreign partner. And, she told Publishing Perspectives, it was deemed enough of a success that they are releasing the book in China this Spring, albeit as an app, rather than as an ebook “out of fears of piracy,” she said. (You can read a full story about the genesis of the project, “A Case Study in Selling E-Books Abroad: Bastei Lübbe’s Apocalypsis” we published last August.)

Of course, having a partner can be an easier arrangement, particularly if you have a growing list of books. Barcelona EBooks, a company launched last year by Roca Editorial, is partnered with Open Road Integrated Media in the US. And has “already published 20 books,” said Open Road’s publisher Tina Pohlman, and they treat them no different than other front list Open Road books. “We apply the same principle of Open Road’s marketing philosophy to these books as we do all our titles.” she said.

That philosophy, she said, was centered around making the most of digital marketing practices, such as producing professional online film promotions and hyper-specific social media marketing, to make the books move in the marketplace. In particular, she touted the company’s ability to hit “milestones” — Día de San Jorge (a traditional holiday where books are given in Spain), or Chocolate Chip Cookie Day, for example — as superior to her competitors. “We have the best list in the business,” she pronounced.

Challenged to answer whether this suggests that the stakes in marketing to such milestones are relatively modest — if you’re marketing specifically for Chocolate Chip Cookie Day, what kind of sales bump can you expect — Pohlman rebutted that sales are cumulative and provided you continue to hit these milestones again and again and again, year after year, it does prove to be a very effective strategy, especially when it comes to backlist.

Jaime de Pablos, the director of Spanish-Language Publishing, Vintage en Espanol has was in a position to offer perhaps the most penetrating and overarching analysis of the market and, in this context, he was sanguine. He noted that there are 50 million Hispanics in the United States, and while they may speak and watch TV in Spanish, not all or even many of them read in Spanish.

Nevertheless, the market exists and the more books you can provide them with — something he said with a nod toward Open Road — the more viable that market becomes.

The challenges, he said, are really no different than those facing any publisher. “The mediums for promoting books in Spanish here in the United States are surprisingly small here,” he said, and bookstore shelf space is growing smaller. But, he added, the closing of Spanish-language bookstores around the country wasn’t a sign of distress for the market, but rather evidence of the simple fact that Spanish-speakers are not merely concentrated in a few areas of the country. “We sell our books in Wal-Marts and in Barnes & Nobles all over the United States,” he said, “but with digital, it doesn’t matter since we can reach anyone out there who wants to read in Spanish at any time. Let’s hope they do.”