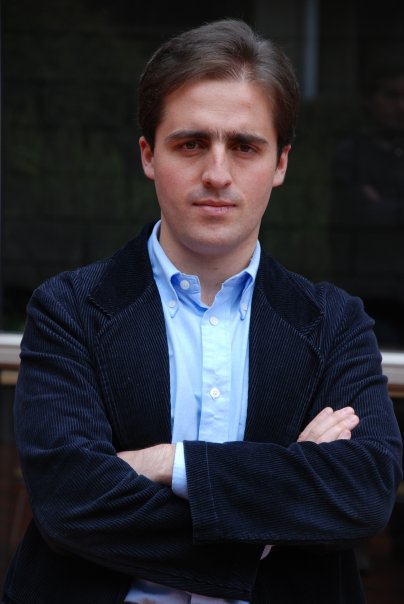 The fastest route for Spanish-language publishers to grow their global audience is through translations into English. LONDON: The English-language translation of a novel that traces the origins of Colombian drug trafficking, from the early marijuana trade of the 1970´s to the drug wars embodied by reckless drug lord Pablo Escobar, was granted the English PEN Award in 2012 for outstanding writing in translation. The Sound of Things Falling (El ruido de las cosas al caer), by Colombian writer Juan Gabriel Vasquez, published in the UK by Bloomsbury and translated by award-winning translator Anne McLean, was one of 2012´s English PEN Writers in Translation Programme Awards.

The novel, winner of the prestigious Alfaguara Novel Prize in 2011, is not the first one of Vasquez´s works to reach the English-speaking market: his two previous novels, The Informants (Los Informantes) and The Secret History of Costaguana (La Historia Secreta de Costaguana), were both published by Bloomsbury and received positive reviews in UK newspapers.

“English-speaking readers’ impressions of Colombia” — says McLean — “are likely to be steeped in the magical realism of Gabriel García Márquez and the nasty, tragic realism of news reports of drug trafficking, kidnapping, guerrillas and paramilitaries.” The obscure atmosphere of the novel appealed to Bloomsbury´s Senior Commissioning Editor, Bill Swainson, who supported the publication of Vasquez´s translated works from the beginning: “It reminded me of a novel by Irish writer Dermot Healy and its description of Northern Ireland´s struggle with the IRA, when people used to phone up their homes to check if their loved ones had arrived safely,” said Swainson at the book launch in Daunt Books Marylebone, London.

English Translation as a Bridge

The award underscores the ongoing question of access of foreign literature to what is increasingly becoming the international language of commerce and literature. In a recent article for Spanish organization Real Instituto Elcano, Cartagena Hay Festival director Cristina Fuentes affirmed that an estimated 250-500 million people across the world speak English as their first language and an estimated 1 billion as a second language.

This preponderance renders it the gateway to translation for other languages. Edith Grossman, renowned for her translations of Cervantes´ Don Quixote and Gabriel García Márquez, stated in an article for Foreign Policy that English often serves as the linguistic bridge for books aiming to reach a number of Asian and African languages: for a book written in Spanish to enter the Chinese market, it must often be translated into English first. (For further exploration of this topic, see “Edith Grossman Frowns: The Challenges of Translation in America.”)

In Europe, statistics show literary translations surpass those in many other segments of publishing. A 2012 survey of European publishers carried out by Literature Across Frontiersrevealed that the majority of translated titles are fiction, more than 75% of translations for all publishers surveyed. Earlier, the organization had carried out a study on trends across the continent between 1990 and 2005, which revealed that as of 1996, English as a source language for translations represented double the share in translated literature titles of the next 25 most important European languages together. As of 2005, English was followed —and the gap was wide — by French, German, Spanish, Italian, Swedish, Japanese and Russian. The panorama, though, for translations into English is quite the opposite. Figures from Literature Across Frontiers reasserts the well-trafficked statistic that 3% of the books published annually in America and Britain are translated, while in France and Germany the share in 2008 was 14% and 8%, respectively. And more recently, that number has jumped even higher.

However, Julian Evans, writer and former chair of the English PEN Writers in Translation Committee, writing for a 2011 Global Translation Initiative Report, argues that although during the 1980´s and 1990s translated literature recorded low levels in the UK, its “linguistic insularity” has been overcome following a revival of interest in political historical events around the world. In order to challenge this 3% figure, Literature across Frontiers is currently analyzing the latest translation data sourced from the Index Translationum and will release in January 2013 a report on translated literature in the UK and Ireland. So far, according to Alexandra Buchler, Directo of LAF, the figures reveal that “the absolute number of translated literature in the UK is growing, although as a percentage the increase has been marginal because of the growing volume of UK publishing.”

Translation Grows, But Only as Publishing Grows

“…one simple rule seems to apply across the board: every title has to make a profit.”

The barriers to translation in English-speaking countries were the subject of a study carried out by Dalkey Archive Press and the Global Translation Initiative, which found that almost 91% of respondents from media organizations in Anglo countries perceived a bias against translated literature in the review media in their country. One respondent, in particular, clearly described this bias as a vicious circle: publishers believe translations do not sell, meaning that they less get marketing and publicity than books in English, and, in this sense, get less coverage in newspapers. “That is what we are beginning to question,” says Emma Cleave, Manager of Translations Program at English PEN, “whether these barriers are real or whether they have more to do with perception.” In the current economic crisis facing UK consumers, with recession having a major influence on consumer’s decision in spending for non-essential items, the quest for publishers to reap profits from books is fierce. In the case of translated authors, unless they are well established figures, the routes to reach foreign markets are being hampered. As Cristina Fuentes states, “the ethos has changed at the very core of the publishing business and one simple rule seems to apply across the board: every title has to make a profit. In a market the size of the UK or US this means selling at least 20,000 copies, while most foreign titles, unless they are established names, are published with a print run of approximately 2,000 copies.”

Is There a Way to Sell More Translations?

UK publishers could take advantage of the rising sales of ebooks and the advent personal branding to publicize translated foreign writers. On one hand, the latest figures from the Publishers Association reveal that although the invoiced value of UK publishers’ sales fell in 2011, digital formats accounted for 12% of the total invoiced value of fiction sales in 2011, up from 3% in 2010 and 1% in 2009. On the other hand, the 2012 KeyNote report on book publishing in the UK showed that 23% of consumers were most persuaded to buy a book dependent on the subject and author, which signals that loyalty lies more with an author than with a publisher.

However, English publishers are increasingly having more opportunities to access translation funds and specialist events. In a 2012 survey among European publishers, Literature Across Frontiers reported that English publishers had been less dependent in government funds since they could also rely in private foundations. Presently, the Independent Prize for Foreign Fiction and English PEN are spearheading the cause of support for translated literature in the UK, with the last one having provided grants to more than 60 translated titles since 2004. Also, specialist events such as the Literary Translation Centre at the London Book Fair and the International Translation Day are offering opportunities for books professionals to network and keep abreast of trends in the industry.

How Does Spanish-language Literature Fit into the Anglo Market?

And how does literature in Spanish in Anglo markets fit in? Far from being a common language in the UK, Hispanic publishers rely on translations to reach English-speaking readers. A popular adagio in Spanish goes “si no puedes contra ellos, únete a ellos” (“if you cannot beat them, join them”). That is what New Spanish Books did. Launched in 2007 by the Spanish Embassy in London with the support of government offices, the Spanish Publishers Association and local industry professionals, the platform seeks to increase awareness of literature from Spain in the UK. “It all started in London in 1997,” says Jorge Postigo, Director of Creative Industries at the Spanish Embassy’s Economic and Commercial Office in London. “We knew sales of books in Spanish was limited in the UK restricted by the number of people capable of reading in the original language, so we decided to support literature in translation as the other logical route for the Spanish publishing industry into the UK market.”

The online guide, which publishes two editions per year, coinciding with the London Book Fair and the Frankfurt Book Fair, lists books published in Spain (not only in Spanish but also in Catalan, Euskera and Gallego) with available rights for translation. A panel of local experts, put together by the Spanish Embassy, chooses the works. The latest figures show that a total of 117 Spanish titles were translated and published in the UK in 2011, a 45% increase on 2010 and the highest figure recorded since 2004. Fiction (specially modern and contemporary fiction and classics) stands out as the most popular genre with 72 titles, more than 50% of the works. This surge in English translations of Spanish works in the UK is also backed up by recent findings of Literature Across Frontiers, to which Publishing Perspectives was given access. Figures from their December 2012 report reveal that for three sample years (2000, 2005 and 2008) Spanish was the third most translated language in the country behind French and German.

However, there are presently no projects of this kind in Latin America with the task of showcasing what Pilar Reyes, Editorial Director of Alfaguara in Spain, calls a new “small boom” of Hispanic authors from Latin America being translated in England, United States, France and Italy. Websites such as Palabras Errantes, which displays excerpts of works from Latin American writers with little or no exposure in their countries to Anglo readers, and magazines such as Granta, with its “Best” series of Young Spanish Language Novelists (2010) and Young Brazilian Novelists (2012), are showcasing Latin American literature to a wider public, far beyond the limitations of print and mutual cooperation.

The former initiatives could well be carried out in Latin America, in which governments and publishers could pull together by providing opportunities for contact between foreign and local book professionals in order for Latin American literature to reach international markets. “Weeks for foreign publishers to meet writers and translators could also be beneficial to help national literatures take off, taking the example of what the Nordic countries have done to promote their literature after the Stieg Larsson phenomenon. These initiatives, coupled with a very rich literature, have resulted in many translations into Spanish.”

With a wide pool of writers to choose from, Latin American publishers should pursue their efforts in exporting their literature abroad through a combination of government support for publishers in showcasing national literatures. For Swainson, part of the value of Vasquez’s novel lies in the way it bears witness to a difficult yet prevalent period in Colombian history: “If you look at which books have really taken off and become interesting, it’s because they hit on some element of truth: truth to experience, truth to emotion, and truth to life.” That well could be a hint for Latin American publishers in their quest for courting language markets abroad.

DISCUSS: Selling Spanish, Translated Titles Still Tricky in the US