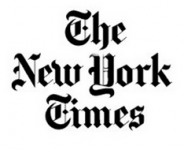 The first, TimesFiles, is a new line of subject-based eBooks with content from the newspaper’s archives.

The second program is a series of short ebooks which will be co-published with Byliner. Plans are to co-publish up to one dozen “New York Times/Byliner” originals in the upcoming year on a variety of topics including culture, sports, business, science, and health. The titles will range between 10,000 and 20,000 words and are designed to be read in one sitting.

The first title in the Times/Byliner series, Snow Fall: The Avalanche at Tunnel Creek, will cost $2.99 and is an expanded version of author John Branch’s upcoming December 17th article in the Times. It will go on sale on the 17th as well, and will be available from leading ebook retailers, as well as from Byliner.com and NYTStore.com. “Byliner’s mission is to bring readers great stories by great writers, and we’re thrilled to be collaborating with the New York Times on this series of original narratives,” John Tayman, Byliner’s founder and CEO, said in a statement. “The Times has a deep and unparalleled tradition of extraordinary journalism, and we look forward to finding, developing, and publishing many important and lasting stories together.”

The TmesFiles collection, done in partnership with Vook, will also launch on the 17th, with 25 eBooks available starting at $1.99. Launch titles include: The Rise of Apple, The Fall of the Berlin Wall, George Steinbrenner and the Yankees and The Life and Films of John Hughes. In a statement, Matthes Cavnar, VP of Business Developement of Vook, said, “Launching 25 titles with The New York Times is a great demonstration of our capability, and an indicator of the opportunity for organizations outside of traditional publishing to enter the new world of digital books.”