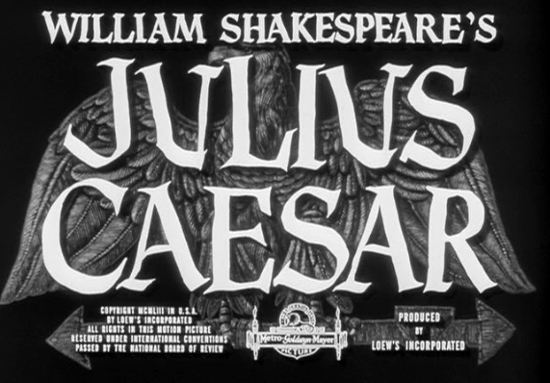 “Like so many others in my American generation, I read Julius Caesar in grade school, when I was about twelve. It was the first play by Shakespeare that I read, and though soon after I encountered Macbeth on my own, and the rest of Shakespeare in the next year or two, a curious aura still lingers for me when I come back to Julius Caesar. It was a great favorite for school use in those days, because it was so well made, so apparently direct, and so relatively simple. The more often I reread and teach it, or attend a performance, the subtler and more ambiguous seems, not in plot but in character.”  — Harold Bloom. As Publishing Perspectives continues its exploration of the plays and sonnets of William Shakespeare at The Play’s the Thing, this week we begin our reading of Julius Caesar, a play in which, as Bloom indicates, there’s more going on than meets the eye. As Marjorie Garber describes it, “Julius Caesar is one of Shakespeare’s most subtle and sophisticated plays, addressing as it does some of the large and important issues that preoccupy the middle plays from Henry IV Part I onward: the nature of kingship, the relationship of the public to the private self, the limits of reason, and the necessity of coming to terms with the irrational — the world beyond reason – as it presents itself in omens and portents, soothsayers and signs.”