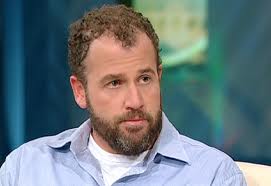 Today’s feature story looks at how the awarding of this year’s $150,000 FIL literature prize to Peruvian Alfredo Bryce Echenique, an accused plagiarist, has divided writers and critics across Latin America. The issue is whether a writer’s canon comprising both fiction and journalism should be considered as a whole when under appraisal for a literary award, especially when the non-fiction is tainted by plagiarism. James Frey became the poster boy for fraudulent writers, yet he still persists in having a career.

If Jonah Lehrer became a novelist — and a good one — would he be given that second chance? Jayson Blair certainly wasn’t. His novel Burning Down My Master’s House, itself a rather poor work of fiction, was published by a marginal press and trashed by the media. Some authors, such as James Frey, Nasdijj (aka Timothy Patrick Barrus), JT LeRoy (aka Laura Albert), or Asa Earl Carter (aka Forrest Carter), earned plenty of money and acclaim before they were largely banished from the literary limelight (though Frey, irrepressible as he is, still somehow continues to carry on writing and running his book packaging company Full Fathom Five). Others, such as Kaavya Viswanathan, author of  How Opal Mehta Got Kissed, Got Wild, and Got a Life, and Q.R. Markham, author of Assassin of Secrets — novels that were themselves acts of plagiarism — were simply never ever heard from again.

So, the question is should, as is the case with Echenique, such writers ever be forgiven? Should they be forced into a kind of literary purgatory for awhile and tolerated so long as they remain on the fringes. Or should they simply be cast out into permanent exile from the literary world?