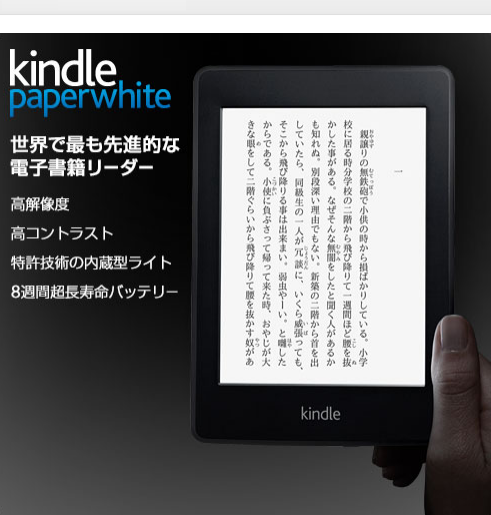 Amazon has slashed the price of the Japanese Kindle Paperwhite a mere two weeks after announcing it, Computerworld reported today. The Kindle Paperwhite’s price is now down to ¥7,980 (or around US$100), down approximately 5% from its earlier price of $120. In the US, by comparison, the Paperwhite comes in two versions: an ad-supported model sells for $120, and an ad-free model for $140. According to Computerworld, the Japanese Paperwhite seems to come without ads, although there has been no official confirmation.

The Paperwhite’s price now matches that of the competing Kobo Glo, which was announced last week.

Amazon launched its Japanese Kindle store in late October with approximately 50,000 titles — a somewhat, though not radically, smaller offering than the collections of Japanese competitors Rakuten (Kobo’s parent company) and Sony.

Sony, meanwhile, has finally brought its e-bookstore to the iOS platform, after pulling out of iOS way back in 2010 following Apple’s announcement it would take 30% of all in-app purchases.

Via Computerworld, ZDNet, The Digital Reader