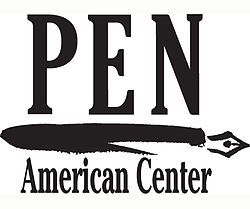 Writers, editors, translators and poets gathered at the CUNY Graduate Center in Manhattan on Tuesday night to, in the words of presenter Barbara Kingsolver, celebrate “the international and timeless currency of the written word.”

Authors both unknown and venerable were honored at this year’s PEN Literary Awards, which marked the PEN American Center’s 90th anniversary. The evening’s ceremonies were infused with reverence and admiration for free speech, the dissemination of knowledge and the courage of artistic endeavors, and were dedicated to the memory of translator Michael Henry Heim.

Heim, who died on September 29th of brain cancer, was a longtime professor of Slavic languages at UCLA and the anonymous donor who, with an endowment gift over seven-hundred thousand dollars, created the PEN Translation Fund in 2003. Heim’s role in creating the translation prize was never made public until last night, and PEN announced that in his honor, it would change the fund’s name to the PEN/Heim Translation Fund.

Throughout the evening, many speakers paid respects to Heim’s memory, including Bill Johnston, winner of the PEN Translation Prize, who called him a “hero as both a translator and human being.”

Barbara Kingsolver, who introduced the ceremony and presented the evening’s first award, spoke of fiction’s “devastating and wondrous results,” and the importance of an institution like PEN.

“You’re never going to get a picture of a laptop to look that badass,” said Kingsolver, referring to the “inspiring and outright intimidating sword of a pen” in the PEN logo.

Kingsolver presented the PEN/Bellwether Prize for Socially Engaged Fiction, which she founded in order to address what she termed “a deficit of courage in American letters.” The prize went to Susan Nussbaum, for the manuscript Good Kings Bad Kings.

As the evening progressed, children’s book authors and illustrators, poets, translators, sports writers, science writers, playwrights and poets were all honored, with awards for distinguished careers and achievements in their respective fields going to poet Toi Derricote and sports writer Dan Jenkins.

“An award conferred by one’s fellow writers is particularly gratifying,” said Doctorow, as he went on to speak about the interaction of authors and readers between generations. “We’re all in this together, one book receiving another.”

More information, including a run down of the winners in the numerous categories, is available on PEN’s blog.