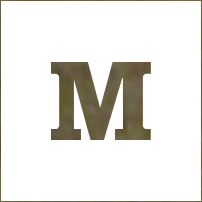 As Adweek recently reported, Evan Williams, one of Twitter’s co-founders, has announced that medium.com, a new platform for online publishing, has gone live. Williams and partner Biz Stone built the platform through The Obvious Corporation, a parent company founded by Williams, Stone, and Jason Goldman, an enterprise named for the idea that many great ideas seem “obvious” when viewed in hindsight.

How does it work? Medium makes use of “collections” which can be open to multiple users or privately curated. Collections such as “This Happened to Me” Stories and “When I Was a Kid” stories, showcase some of the platform’s uses. “We’re rethinking publishing and building a new platform from scratch,” Williams announced in a message on the site.

The company’s goals are lofty to say the least. Williams calls the project, “an attempt to make an evolutionary leap, based on everything we’ve learned in the last 13 years and the needs of today’s world.”

But according to Adweek, “It is unclear this early on how online publishers might best use Medium. As it stands, the platform could seem to initially appeal to individuals rather than major publishers, yet one could imagine a few forward-thinking media companies latching onto Medium (which requires — big surprise — a Twitter account to sign up) and looking to tap into its inherent social nature.)”

As of now, while Medium posts are open to anyone with a Twitter account, posting is limited to an invitation-only group that Williams promises will expand to include those who registered.

Read more here, here, and here. But a word of warning, the concept seems pretty abstract at the moment and might be, as it was to us, a bit confusing.