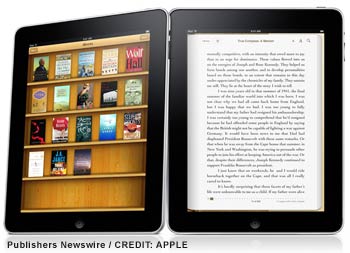 Today’s feature story looks at the development, production and distribution of the new feature film The Silver Goat. The film, shot inexpensively, was debuted and distributed via the Apple iTunes Store for viewing on the iPad. Producer Pauls Vaccaro notes: “It has been fantastic. The film cost £50,000 to make and if I’d wanted to take it to 13 countries would have cost another £50,000 at least.”

The model is intriguing, if not outright ingenious: distribution is direct to consumer, at a price akin to what it would cost for them to buy a ticket at a traditional theater or to buy a DVD, and with the new retina displays on the iPad and MacBooks, the film doesn’t sacrifice visual resolution and, provided you have a good set of headphones, audio. What’s more, money flows directly back to those responsible for making the film, rather then through a series of middlemen (other than, of course, Apple — which takes its 30% cut).

The same type of distribution worked remarkably well for comedian Louis C.K. last year (and several others who have followed in his path). Direct-to-consumer, enabled by digital, is a game changing paradigm.