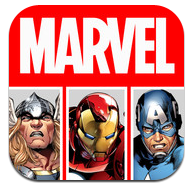 The short answer is “yes” provided you have enough of a niche. In today’s feature story, Bluefire’s Cliff Guren suggests that publishers may be better off controlling their own distribution platforms. This direct-to-consumer approach cuts out the middlemen and gatekeepers who may favor another product other than your own. Naturally, Blue Fire has a white label solution that might work for you. If that’s the case, what’s stopping publishers from doing so?

Well, there are those pesky pre-existing distribution arrangements with people like booksellers and other retailers. Then there’s the simple problem of “branding.” Few if any readers ever consider who has published a book. They are far more interested in who wrote the book and the content itself. The author is the brand and the publisher is all-but-invisible. What can a publishers do? Is it wise and worthwhile for them to move into their own branded distribution platform?

Apps, e-books, enhanced e-books, certainly. But a platform? Well, the short answer is “yes” provided you have enough of a niche. Comics publishers with massive “brand loyalty,” such as Marvel and DC have been able to make the leap into direct distribution, if it is via branding their own version Comixology’s white-label platform.

STM and Education publishers certainly have done it. But what of the trade publishers?

For further discussion of this question, see our articles:

[INSERT PUBLISHER HERE]: Why Branding to Readers Should Matter to Publishers

What Makes for Effective Publisher Branding?

Do Readers Care About Publisher Branding?