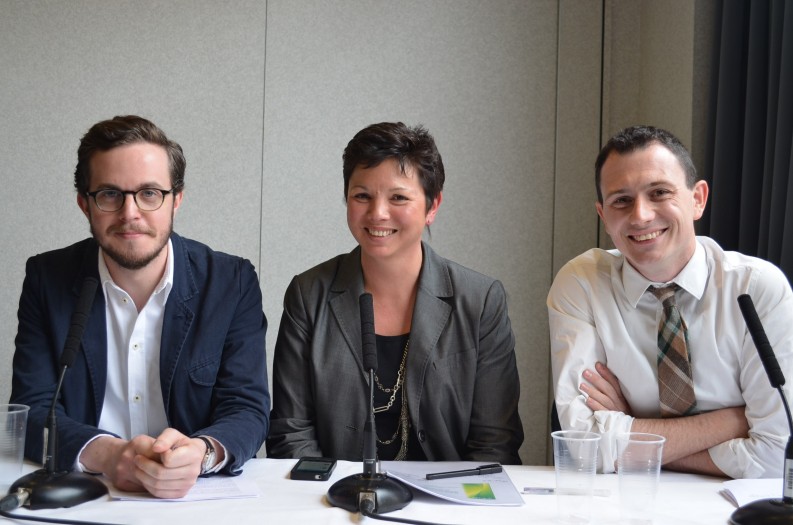 This is a world in which you cannot afford not to be engaged. Broadly speaking, the thrust of this year’s social media session at the fair “Twitter to Woo?” could be summed up in two words: “Get involved.” That involvement should not just be with what might be termed the two essentials – Twitter and Facebook – but should take in experimentation with Tumblr, Pinternet, Google Plus and any other new channel that might emerge.

The unified message from speakers Joe Pickering at Penguin (although he is about to become a Publicity Director of Random House), Julia Lampan at Wiley and Tom Hall at Lonely Planet, was that this is a world in which you cannot afford not to be engaged.

Other takeaways from a very well attended session included: If you want to build up followers on Twitter, start following people yourself. Don’t be mean about other publishers – you may have to work for them one day. Be sharp and funny. Don’t just recommend your own products. And reply – don’t be a company “that goes dark”, as Hall put it. “Nothing looks worse than a search for your company leading to a dormant site, with no activity on it,” said the Lonely Planet Online Director. “If your company is in the spotlight, people are going to use social media to see how you are responding. You need to listen and respond.”

Pickering noted the number of new sites out there and said: “Try them. See what works. We all try cooking lots of things before we find out what works best for us – it can be the same with social media. And remember – with social media, its final use can be something very different from the original intention. Twitter was invented to answer the question ‘What are you doing?’ but its use has long changed from that.”

Lampan recommended different conversations on different platforms and added that she gets annoyed when she sees Twitter hashtags on Facebook “because it means they’ve taken a shortcut”.

Pickering had advice for anyone in the audience currently seeking a job in publishing. “Make sure your Twitter bio is clear. It’s not good having some obscure haiku-esque offering. People like me, who are employers, won’t notice it.”

The last word should perhaps go to Hall. “No one ‘owns’ social media in your company,” he said. “But it needs to be incorporated across everything you do. You are not really in control and it won’t be perfect. It should be like a punk rock song. No one listens to the end – just make a big splash and then move on.”