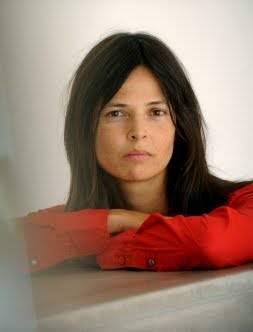 Over the last two decades, European borders have been more porous than they had been for the previous half century, and current German-language literary trends reflect a new preoccupation with the cross-fertilization of cultures that the influx of newcomers is bringing. Since the fall of the Berlin Wall in 1989 and the formation of the newly unified Germany in 1990 (not to mention the end of the Soviet Union in 1991, and wars in the former Yugoslavia) the geopolitical changes in Europe have been profound. Today’s authors writing in German bring a multitude of national backgrounds to their fiction, and their work shows that they are still processing contemporary transformations as they continue to grapple with Europe’s complicated past.

There’s never been a shortage of distinguished German-language writers. Heinrich Böll won the Nobel Prize in Literature, writing in German (as did Thomas Mann, Herman Hesse and Günter Grass; and, more recently, Elfriede Jelinek and Herta Müller). But in this country, there’s a shortage of German-language readers; and very little German-language fiction gets translated into English. Spanish and French are taught more often in American schools than German — largely because of this country’s nearness to South America, Central America and the Caribbean islands. The growing population of U.S. immigrants from Spanish- and French-speaking countries has helped Americans recognize the cultural contributions of these hyphenated Americans, and of writers in their countries of origin. But the literary output of Germany, Austria, and Switzerland, far away across the Atlantic, though equally deserving of attention, has a harder time crossing over. At a time of increasing global inter-relatedness, when the internet makes it possible to order a book from almost anywhere on the globe with a click on a keyboard, it’s a pity that more of us don’t know which books we should want to read, auf Deutsch. How can curious American readers learn about the up-and-coming generation of novelists writing in German today, whose reputations are only now being formed, and whose works have (for the most part) not yet been translated into English?

In New York City, for the last three years, the answer has been the Festival Neue Literatur or FNL, which hand-picks a selection of rising young authors in Germany, Austria and Switzerland, and brings them to Manhattan to meet New York audiences in a weekend of conversations and readings (in German and English), joined by American authors, and moderated by English-speaking writers and critics. This year, February 10-12, Francisco Goldman (author, most recently, of the heartbreaking, fictionalized memoir of his late wife Aura, Say Her Name) and Chris Adrian (a darkly inventive fabulist, author of The Great Night, and The Children’s Hospital) will sit among Larissa Boehning, Monica Cantieni, Catalin Dorian Florescu, Inka Parei, Linda Stift and Erwin Uhrmann, to bridge the gap between English-speaking and German-speaking cultures. In two panels, the writers will explore the different themes that compel their varied fictions: “Reinventing the Past,” and “Writing on the Margins: Literature Between Cultures.”

At the FNL in February, Larissa Boehning (Germany) will read from Das Glück der Zikaden (The Song of the Cicadas), her lyrical, multi-generational novel of a Russified-German family divided first by World War II, then by the Berlin Wall; Monica Cantieni (Switzerland) will read from her bittersweet novel Greenhorn, (Grünschnabel), about an unprepossessing Swiss foster child who grows up in the 1970s, and befriends Spanish, African and Yugoslavian guest workers who are as marginal to their host society as she is; Catalin Dorian Florescu (Romania, Switzerland) reads from his Swiss-Book-Prize winning novel Jacob Beschliesst Zu Lieben (Jacob Decides to Love), a saga of love and betrayal set in rural Romania; Inka Parei (Germany) reads from her suspense novel Kältezentrale (The Cooling Station), set in Berlin in 2006, in which the narrator tries to piece together what happened on one day in May, 1986, in the GDR, when a sinister incident took place at the party newspaper where he worked; Linda Stift (Austria) reads from Kein Einziger Tag (Not a Single Day) a black comedy about two (separated) Siamese twins, one of whom is a soap opera actor with boundary issues; and Erwin Uhrmann (Austria) reads from Der Lange Nachkrieg, (The War Beyond) a novel about an aimless young man who avoids dealing with his future by obsessing on the past of his great-aunt (he’s convinced that a nurse did her in).

Not everyone can be a polyglot. A slogan popular in college foreign language departments goes: “Learn another language, know another world.” But reading fiction from other nations provides a marvelous shortcut to gaining perspective on shifting worldviews overseas. The Festival Neue Literatur opens a window on the current view from the Danube and the Rhine; giving voracious readers a chance to update their reading lists, and open their minds.

READ: What Publishing and ‘Downton Abbey’ Have in Common