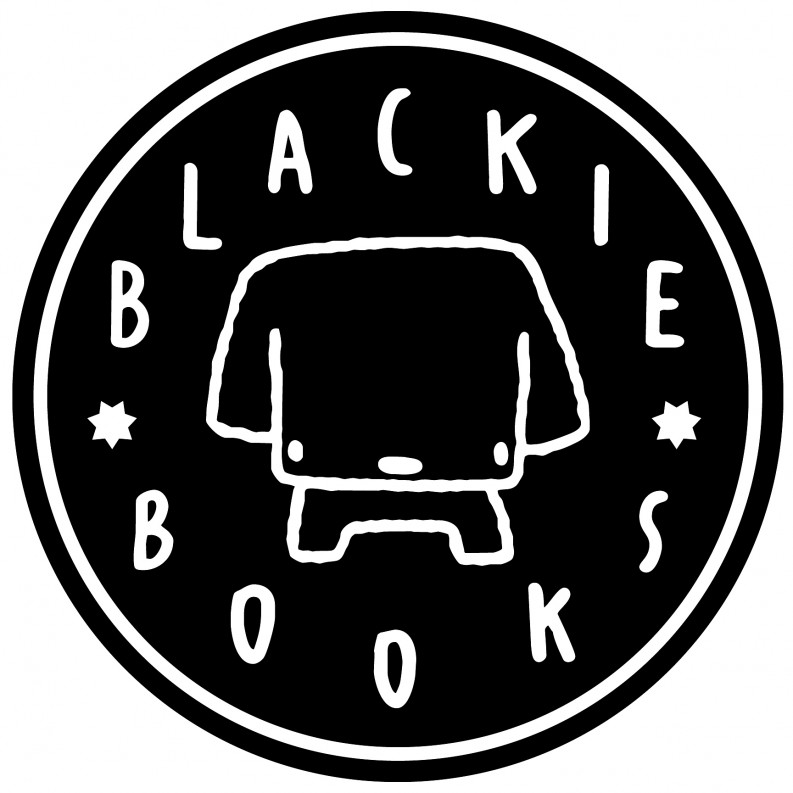 Named after a beloved but deceased pet, Blackie Books is a surprisingly successful independent publisher of cult fiction, poetry, and illustration.

BARCELONA: Founded in 2009 by Jan Martí, Blackie Books is a publisher predicated on sharing well-loved books in beautiful formats, with each edition “representing an attitude.” Despite Spain’s adverse economic climate, which boasts the euro zone’s highest unemployment (20%, or some 5.7 million people), and despite an average cover price of €20, Blackie Books is enjoying good sales. “Everybody has been having apocalyptic thoughts, but our books are selling,” the firm’s editor Diana Hernández tells Publishing Perspectives. “We haven’t even begun to produce e-books. We’re going to continue printing paper books, and we are optimistic.”

“I get the impression that independent publishers in Spain are doing better than the bigger, mainstream press. We have fewer expenses, we produce fewer books but they seem to work better. Perhaps it’s wishful thinking, but books by independents are on the tables in the bookstores. They sell and they get reviewed. Maybe they’re produced with more care, more love. Marketing decisions weigh more at mainstream presses but greater investment doesn’t always mean greater revenues. They spend a lot on books that don’t sell, or they hardly break even with such high advances. All sectors have been affected by the crisis, but people are still buying books in Spain.”

But standing out from the crowd is indispensable, especially in a downturn.

“I believe we are perceived differently and that makes us different. It does have to do with marketing and packaging, but our books seem to connect with readers. Humor might be a common denominator, too. Our books are mostly amusing and appeal to all,” says Hernández.

The Book as Objet d’art

All the books are hardback, a strong selling point among those die-hards who resist the temptation to go digital. “There are e-books with beautiful apps, but I don’t like reading electronically. We pay great attention to the book as object. Sure, they must be more than just objects of beauty. It’s about the content, too. But pretty sells, and selling lets you publish more.”

Blackie Books is so focused on making beautiful books, the firm won the 2011 Gràffica Prize, awarded by the eponymous Valencia-based design magazine.

The designs are the work of the Setanta studio and are characterized by bold colors and illustrations. Designer Sergio Ibañez explains: “Winning the Gràffica prize was excellent, for both the publisher and the collection as a whole. Each cover is very different but, due to the fonts and the color spectrum, make a uniform collection. The design is a nod toward antique or retro. The catalog features new authors but also seeks out forgotten greats. But neither the design nor the catalog is premeditated. It all just evolves book by book.” Each edition also showcases a different illustrator. The catalog is eclectic. It includes American cult author Richard Brautigan’s (1935-1984) Trout Fishing in America, In Watermelon Sugar and A Confederate General from Big Sur, alongside bold-faced names, such as such as Werner Herzog and Grace Metalious (USA, 1924-1964), on whose Peyton Place a 1960s hit soap opera was based, as well as contemporary authors such as American Percival Everett (USA, b. 1956). The firm has also placed its faith in French first-time novelist Sophie Divry and 19-year-old British author Ben Brooks, making his fifth novel, Grow Up, his first to appear in Spanish.

The comically absurd illustrated book What the Hell Are You Doing? by David Shrigley (UK, b. 1968) is the only paperback in the catalog, honoring the original UK edition in both format and design, while a book of interviews dating from 1962 to 1987 with Andy Warhol is the first time the majority of the texts have appeared in Spanish.

“Some of the authors in our catalog are well-known, but not in Spain, while others are more cult writers. We try to find authors who have not been published in Spain, while seeking out new, young authors from Spain and Latin America,” says Hernández, who adds that finding new writers is no easy task. “We’ve asked writers to only send in hard copy, otherwise we would be swamped.” She confesses that, while the quantity of manuscripts they receive is huge, the quality is “very low.”

“It’s a question of identifying potential. One doesn’t expect to find a Nobel Prize winner in the slush pile, but there might be something with potential. The risk is not perceiving that potential.”

The most successful launch so far has been La agenda del fin del mundo (Diary for the End of the World), an irreverent 2012 almanac and agenda featuring anecdotes, sound bites and trivia that topped Amazon Spain’s bestseller list. “It was a great idea and it’s become a cult object, with demand outpacing supply in some bookstores.”

In other forums, the independent publisher struggles, especially when it comes to competing with the bigger firms is in the acquisition of the rights. “But sometimes we’re lucky,” says Hernández, “especially if nobody else is interested, and sometimes it’s best to steer clear of what’s in fashion, steer clear of ‘the buzz.'”

As added value, some of the books include forewords by notable authors, whose introductory texts offer a critic’s perspective. Blackie Books have called on Spanish novelist Juan Goytisolo, Argentine novelist Rodrigo Fresán, and even his his late compatriot Julio Cortázar. “It’s a marketing strategy. In the case of Fresán we found that he had something very interesting to say about the book (Mark Oliver Everett’s Things the Grandchildren Should Know), and in the case of Cortázar (who died in 1984), the text was already written,” Hernández explained.

Blackie also sells a line of t-shirts emblazoned with the covers of some of its books, as well as the omnipresent logo that immortalizes Blackie herself. “It’s a way of advertising the brand. It’s fun, people find the t-shirts beautiful and and it’s a way of reinventing ourselves. It’s something we’ll continue to do.”

The firm is now eyeing distribution in Latin America, an as-yet untapped market but a conquest Hernández is confident of achieving: “We’ve yet to strike a deal that favors us, but I think we’ll be in Latin America in a matter of months.”

DISCUSS: What is the Future of the Slush Pile?