The 2022 FutureBook Conference in London was themed on cultural considerations in the industry alongside business realities. 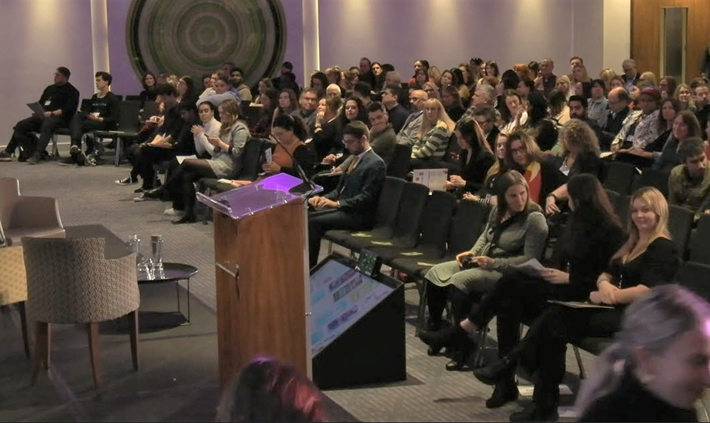 At The FutureBook 2022 in London, the opening plenary session. Image: The Bookseller

Molly Flatt: ‘Rather Than a Hard Sell’

In her opening comments, The Bookseller’s Molly Flatt on Friday (November 18) opened the company’s FutureBook Conference at 155 Bishopsgate in London with an interesting admission that at times she had regretted the team’s selection of “Common Ground” as the theme for this year’s event developed by Philip Jones, Emma Lowe, and their team.

“Very kind of feelings-y, isn’t it?” she asked her audience of mostly English publishing-house workers. “Rather than a hard sell about selling more books, [this theme] gives lots of woke, wooly vibes about culture, instead of serious messages about maximizing profits managing rising costs.”

If the day wasn’t as touch-feely as Flatt gamely conceded it might seem, it did open, refreshingly, without a “facts and figures” presentation—the data snapshot that frequently opens a publishing conference. Instead, the idea this year was “a day when people from all across the publishing spectrum can come together in a spirit of curiosity, openness, and respect,” as The Bookseller team has described it, a day for “deep listening, the space for nuanced dialogue and the inspiration for creative collaborations in which our differences can become our greatest asset.” And it came off much better than Flatt may have feared.

It’s also worth noting that the digital purveyance of the conference is very effective. The company wisely kept its digital option in place for those who are cognizant of public health experts’ concerns about COVID-19 and other infections rising in the winter months (especially with variants BQ.1 and XBB now under examination), and the service is a smooth one, allowing the user to both see and later review the plenary sessions as well as the two additional strands.

The idea of hearing from “pioneers who are eager to tear up the rules” is not new in publishing’s gatherings, of course. Not so many years ago, disruption was the prized term of change, and digital start-ups were banging on the doors of the established industry with fashionable determination.

But what might have been the clearest validation of the FutureBook program’s “common-ground” notion of a more culturally directed agenda emerged in the 11 a.m. hour. With the program divided at that hour, as in past years, into three strands, a session called “The Launch of The Bookseller’s Working Class Issue” was moderated by The Bookseller’s Lauren Brown, with Natasha Carthew, Mahsuda Snaith, and Kasim Ali. 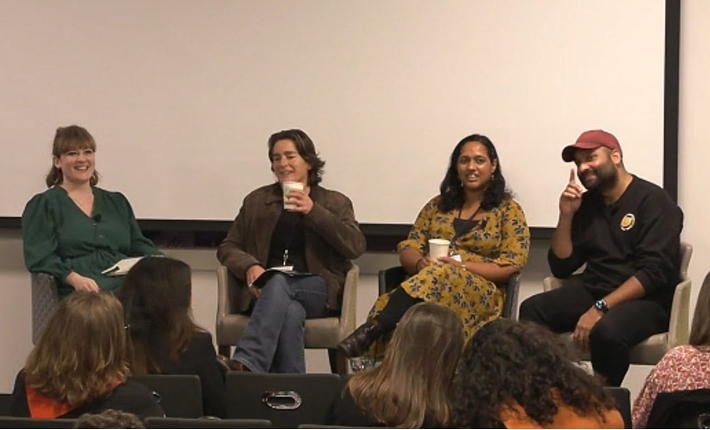 Carthew, an author of some eight books, edited the week’s Bookseller print edition and has founded the Working Class Writers Festival, which premiered in October 2021 and in 2023 will have lead sponsorship from Penguin Random House. What quickly developed in the discussion was that this is a growing movement in the industry of the United Kingdom.

The socio-economic contours of British society have long included class divisions and distinctions in openly discussed, firmly defined, and popular narrative terms, upstairs and downstairs, after all. But in this conversation, the way class might impact the UK industry’s much-admired emphasis on diversity came eloquently into sharper focus, and without rancor or complaint. 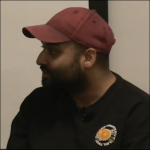 Kasim Ali, an author and an editor with Penguin Random House, talked about his experience, saying, “I didn’t realize I was poor until I went to university and saw somebody using a MacBook as a coaster.” Once in publishing, he said, he found himself “talking to somebody whose dad bought her a flat in Central London so she didn’t have to get the bus to work anymore.” He grew up in a home, he said, in which his mother “would stretch out a curry for five days.”

University appears to be a frequent point of recognition for many, as they move from their childhood neighborhoods into broader campus contexts. Author Mahsuda Snaith told Brown that at university, there was a module about working class writing, “and it was the first time I was like, ‘Oh, this is something I can be proud of, something I don’t have to be ashamed of.’ 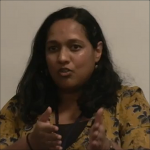 “There’s actually this whole literature behind this. I think in my writing, I’ve never hidden it. So my first book is about a British Bangladeshi girl growing up in a council estate [public housing] in Leicester.”

The entire discussion was candid, upbeat, and yet pointed about the fact that for the most part, the publishing industry—certainly in its large English-language markets—is a place populated primarily by a comfortable middle-class workforce (“the many Emmas,” as some have referred to it). Only in recent years, and with the English houses in the lead, has this begun to adjust at least aspirationally to something more diverse as publishing houses focus on reflecting, as Penguin Random House’s Markus Dohle likes to say, the society that the book industry serves.

In a sense, what Carthew is doing is surfacing the working-class distinction as another of the many factors of personality and background that anyone in the business may carry. She talks of how once a person has achieved a higher level of income and standard of living than they had at the beginning, the “shorthand” of how publishing people traditionally interact can become obfuscating to a working class background, just as it might obscure any other personally defining characteristic. 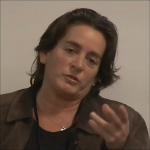 “I think one of the problems with the industry,” Carthew said, “is people should allow space for each other to be different people and celebrate diversity and celebrate difference, not be all just this one-size-fits-all in publishing.”

“But it’s so much more. It’s about community, it’s about music, it’s about people.” And like so many things, she stressed, it’s about who you are if this is your background, not something you outgrow but something you recognize and interact with all your life. Even the shared experience and responsibilities of council-estate life, she said hold opportunities for a divided society to ease its stress points.

Ali pointed out that the danger in  publishing is letting talented working-class personnel get away because the effort to recruit more diverse staffers isn’t followed through. “We’ve seen this boom, he said, “of non-white, poor, diverse people being introduced into assistant-level positions. And then nothing happens. They don’t get promoted; they can’t get up” in the ranks. “So they just leave. ‘Why am I doing this to myself?'” 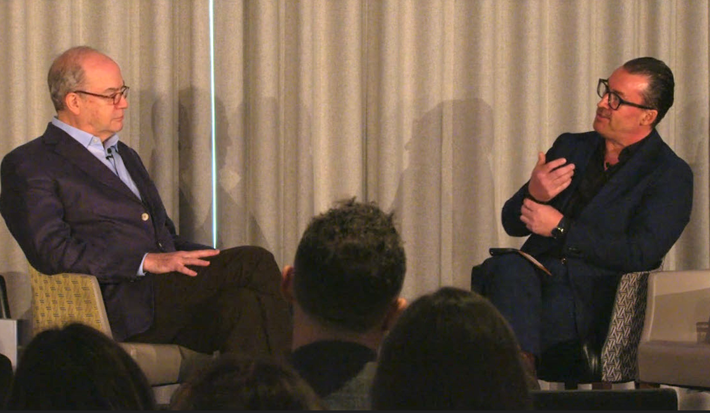 Nigel Newton in a keynote conversation with Philip Jones at FutureBook 2022. Image: The Bookseller

Again this year, audiobooks had a strong presence in the program, Jon Watt of Bonnier Books UK telling the audience that the lines of definition around audiobooks have blurred as podcasts and other audio products have risen in visibility. 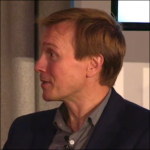 In a follow-up session called “Audio Matters,” Bookwire’s Videl Bar-Kar moderated Michele Cobb of the Audio Publishers Association and Nathan Hull of Beat Technology, with a remote appearance from Nir Zicherman of Spotify.

Cobb, as if picking up on Watt’s point in the previous session, said, “We are the Audio Publishers Association” based in the United States, “not the Audiobook Publishers Association.” And the complexity with which many in the industry today may be parsing and understanding the range of formats and products in the market might be, she suggested, hiding the most immediate way to a new consumer. 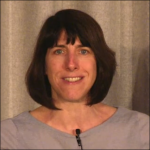 “I’m interested in people who are not reading books, and not listening, and giving them a very, very easy experience” that might lead them to a habit of audiobook listening and/or book reading, she said.

Her organization commissions frequent studies of the American market. Pointing out that in the US market, less than half the population is estimated to have listened to an audiobook, she said, that huge potential audience may, in fact, need a simpler introduction to the format.

“A lot of the audio experiences we have  are complicated,” she said. “But give them something on a mobile phone that [makes it possible for them] in an instant to have an audiobook experience, and they’re likely to come back.”

In fact, in this rich, one-day conference with at least four sessions dedicated to audio and one more touching strongly on the topic, the only moment that may have seemed out of place was the first, a keynote in which Kelli Fairbrother, the co-founding CEO of the English audio platform XigXag, asserted that the publishing industry is paying no attention to audio. 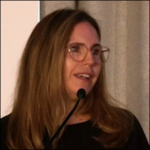 “Why are so few people in the publishing industry willing to stand up and make the case for audiobooks?” she asked, citing the double-digit growth of the format’s sales in some markets. “Why does it take me, a complete outsider and disgruntled audiobook consumer, to convince you that audiobooks are worth taking seriously?” This, even if said for effect, seemed to come from left field following years of focus on audio at the FutureBook (where entire strands have been devoted to audio in some years) and at other conferences. The British and international industries have remained excited about audiobooks’ growth since downloads and streaming made this a format reborn from the ashes of CDs and cassette tapes.

“At what point does this industry really get behind audiobooks?” Fairbrother asked, adding, “No one in publishing is standing up for audio.”

It seemed that the clearly well-intentioned Fairbrother had simply had a difficult experience with her own start-up, and then it became clearer that she was describing hurdles faced by independent audiobook platforms in an industry that has so far seen its audio rights frequently go to the major players. She wanted to promote her company’s “X-Book,” a not-unfamiliar product that offers text and images, as well as audio. And she critiqued, as many have, less-popular subscription models, such as Audible’s one-token-per-month American offer. All good, but the “nobody cares about audio” approach may not have been the best way into these points.

Jones’ keynote executive interview with Nigel Newton, who has recently celebrated 35 years as Bloomsbury’s founder (and is the current president of the Publishers Association), did have a quick, if faint, echo to something Fairbrother seemed to have been lamenting, when Jones, who is The Bookseller’s longtime editor, asked Newton what the industry had been like when he founded Bloomsbury Publishing in 1986.

“It was a time of turmoil,” Newton said. “The big guys were taking over the small guys, multimedia companies buying up a lot of the post-World-War-II European entrepreneurs who founded great publishing houses. It seemed a good moment to start a new medium-sized independent publisher when everybody else was being gobbled up.”

And when Jones pointed out that Bloomsbury was said at its anniversary party to have been launched, narrowly, as a fiction publisher in hardback, Newton countered with wry charm that suggested the most common ground of all may lie in publishing’s stories-about-the-storytellers. “That’s mostly true,” Newton said in his typically gracious, amused way. “Like a lot of the stuff one reads in the paper … in fact, it’s not true. We were one-third literary fiction; and a third general, quite controversial nonfiction; and one-third reference.”