The new arrangement for Usborne’s children’s books sees Harper taking over distribution functions in the US by February 1.

Four of Usborne’s international catalogues. From left, French, German, Italian, and Korean. Find them all here.

A new distribution agreement has been announced today (November 14) by HarperCollins in New York and London’s Usborne, a children’s publisher founded in 1973 by Peter Usborne.

The intent of the arrangement is to see Usborne’s titles reach trade and specialty retailers, schools, and libraries in the United States. This move, of course, follows closely on the news that the English children’s publisher Nosy Crow is opening an American company of its own. Two key British young readers’ houses have, within two months’ time, announced new ventures in getting their content into the Newer World.

In the HarperCollins-Usborne development, HarperCollins is to handle trade sales and distribution for Usborne starting with the Fall 2023  season. Usborne’s backlist catalogue will begin to become available from HarperCollins in February, ramping up over time.

As of February 1, today’s media messaging says, “all trade back-office functions, including customer service, warehousing, billing, and credit, will be performed by  HarperCollins.”

In a prepared statement, Brian Murray, HarperCollins’ president and CEO, is quoted on the new partnership, saying, “We’ve worked with Usborne for many years in Canada, Australia, New Zealand, India, and the United Kingdom, and know first-hand how their mix of creativity, extraordinary care, and fierce determination has made them one of the world’s leading children’s publishers. 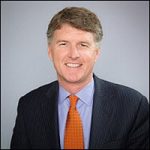 “I’ve personally long been an admirer of Peter and Nicola Usborne, and what they and their team have accomplished.

“I look forward to deepening our  relationship and completing our global English-language partnership.”

Nicola Usborne, the daughter of the founding Peter Usborne, was made managing director last month during Frankfurter Buchmesse, as Peter Usborne became chairman. Nicola has a background of 12 years’ work in New York with Scholastic and is a co-founder of the Usborne Foundation charity. 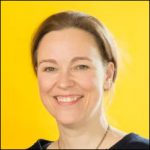 In today’s announcment, she’s quoted, saying, “Usborne and the HarperCollins’ lists have a natural synergy, and we look forward to the very experienced HarperCollins sales force selling our  bestselling books into the United States trade market.

“We aim to have an Usborne book to answer every question that a child might have and are delighted to expand our reach into the vibrant American market.”

Usborne, according to today’s notice, publishes in both English and nine other languages. Licenses see them published in at least 130 international markets.

More from Publishing Perspectives on international children’s book publishing is here, more on HarperCollins is here, and more on the United Kingdom’s market is here.