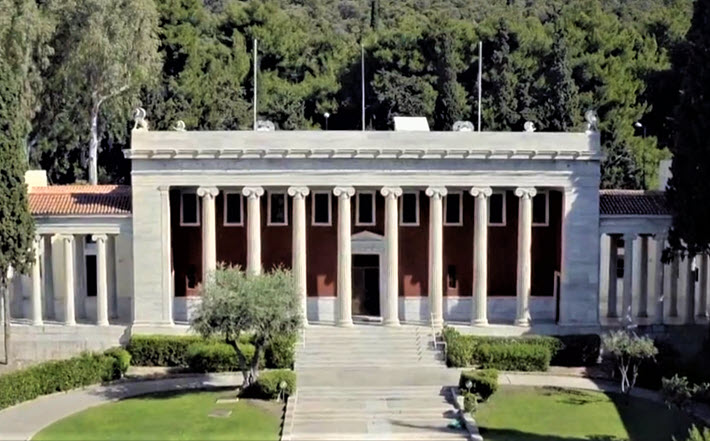 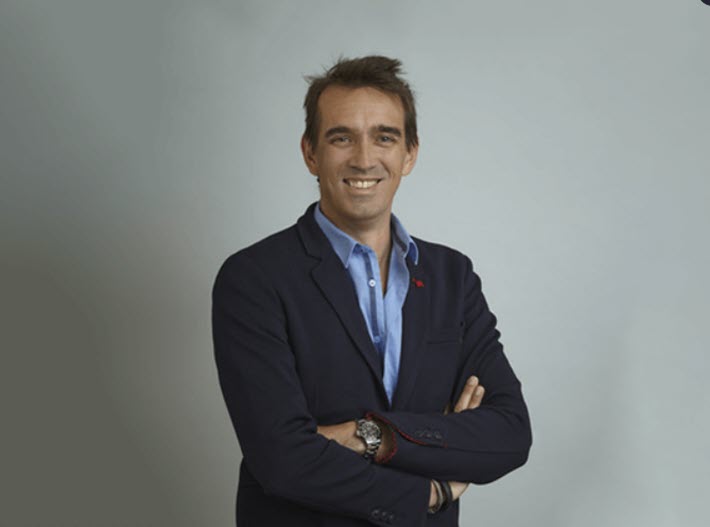 Peter Frankopan: ‘Not Just About the Distant Past’

This week, on Thursday (October 7) Frankopan will give the inaugural address in a new program, the Thalia Potamianos Annual Lecture Series based at the Gennadius Library of the American School of Classical Studies at Athens. Frankopan’s opening lecture, “Greece: Beginnings,” starts at 7 p.m. EEST in Athens in Cotsen Hall on Anapiron Polemou. That’s 5 p.m. BST / 16:00 GMT / noon ET.

There are to be two more lectures in the series, both of those in the States:

As he was leaving for Athens, Frankopan was in touch with Publishing Perspectives, and talked about how the intent of his new series and is to surface more of the many connections  said, “The history of Greece is very well-known and intensively studied: almost every single university in the world has a classics department that teaches ancient Greek language, literature, philosophy and history–and for decades, centuries even, ancient Greece has been at the center of ‘Western civ’ courses.

“Very little attention is paid to how this history connects to other parts of the world, both at the time and in the two millennia since.

“For example, Greek tragedy has had an important impact on drama in Latin America in the modern era–something that strikes me as both unusual and interesting. The study of ancient Greek history was once frowned on but then blossomed in the Soviet Union. And ideas about ancient Greece had a really important impact in revolutionary America and in the United States ever since. 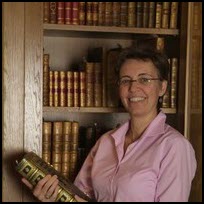 “So this first lecture looks at the global connections of early Greek history, both at the time—which is under-explored—and ever since. So the ‘Beginnings’ is not just about the distant past, but setting this period with a wide geographical and chronological setting.”

The American School of course is the rightful home of such a series of lectures, having been established as a hub of scholarly research in the center of the Greek capital in 1881 and now operating at sites and installations in many parts of the ancient world’s footprint. Maria Georgopoulou, the Gennadius’ director, has known Frankopan for some time in her work at the library and school, which is supported in part by the Hellenic Initiative—which has announced today (October 6) that it raised more than US$270,000 on September 30 at a London gala for charities that benefit and protect children in Greece.

“Producing books is a key part of the lecture series, partly because it preserves something for the long term.”Peter Frankopan

And Frankopan graciously sidesteps efforts to get any early hints at what his material for the second and third of the lectures in the new series will convey.

“I have a few ideas,” he says, “but I’ve also learned long ago that there are two really exciting things about giving high profile lectures. First is the pressure saying something original. There’s no point being boring, or telling people what they know, or in fact covering things one already knows oneself. So it’s like sizing up and climbing a new, treacherous mountain. I’m keeping an eye on which one scales next, but also know I’m learning while on the way up and down this one.

“The second thing, of course, is the feedback from those who are able to attend or listen–and also from oneself: I think good scholarship is also about the process of reflection, prompted or otherwise. So doing this one will help refine what the next two are about. But they’ll be on how to widen the lens with how we look at other periods, themes, and topics in Greek history.”

And here is how the school is musing in advance on what it will hear from Frankopan.

Ancient Greece is generally considered the foundational culture of Western civilization, but is its relationship with globalization even more complex and important than previously thought?

Thalia Potamianos: Honored by her Grandson 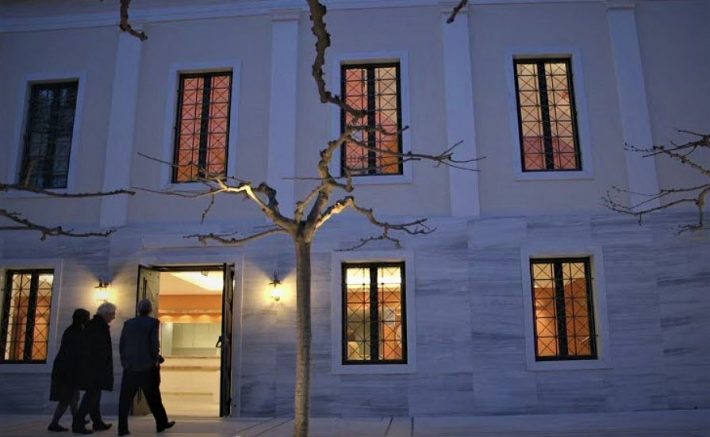 At the American School of Classical Studies at Athens. Image: ASCSA

The Thalia Potamianos Annual Lecture Series that Frankopan’s lectures inaugurate has been made possible by a US$1 million 10-year commitment from Phokion Potamianos, who is an overseer of the library. 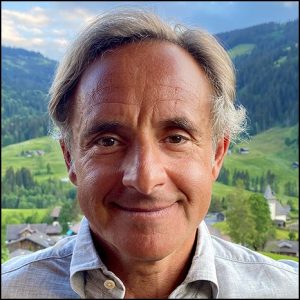 The eponymous Thalia was Phokion Potamianos’ grandmother. She was born in Constantinople in 1914, was living in Greece by the age of 8, and became a doctor, scientist, and philanthropist, the founder of Greece’s first alcoholism and toxicology treatment center. Having sheltered Jewish Greeks during World War II, she was active in support of refugees and veterans after the war.

One of her grandson’s goals in establishing the lecture series that bears her name is the promotion of the Gennadius Library’s collection which includes more than 126,000 rare books and artworks dating from the 12th to the 21st century. Among the artifacts held by the library is a laurel wreath that belonged to that famous philhellene, Lord Byron. 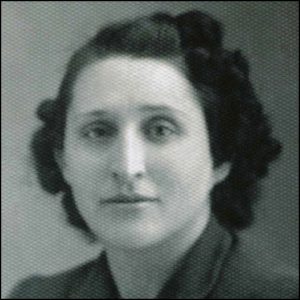 Fortunately for readers, the Potamianos lecture series is to be published as a book next year, Frankopan tells us, “with any luck before the last lecture in New York City” in May.

“Producing books is a key part of the lecture series,” he says “partly because it preserves something for the long term, partly because it widens who can access the ideas, and partly because there’s no better tribute to the donors than building up a collection over time of the people who are asked to give these talks. 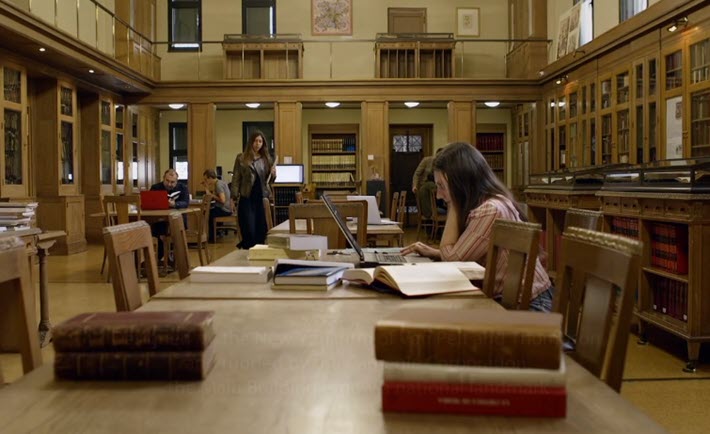 At the Gennadius Library, the American School of Classical Studies at Athens. Image: ASCSA

Last year, of course, Frankopan served as jury chair of the Cundill History Prize and had previously served on the jury panel in 2018.

On “Frankfurt Wednesday” this year, October 20, the US$75,000 Cundill Prize will make the announcement of its 2021 finalists in the Frankfurt Studio program at Frankfurter Buchmesse.

In that segment of the trade show’s new line of programming–seen both in Messe Frankfurt’s Agora on a huge screen and worldwide online–the current jury chair, Michael Ignatieff and historian Margaret MacMillan will be in conversation with host Dan Snow.

The discussion will examine how relevant the best new history writing is for some of today’s most challenging issues, and Ignatieff will announce the three 2021 finalists as part of the event.

This is a program that’s being streamed simultaneously by Frankfurter Buchmesse and Fane Productions in partnership with History Hit and the Literary Review of Canada.