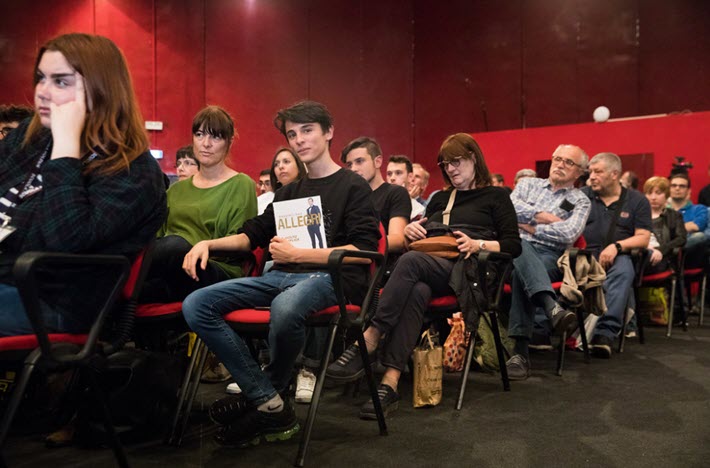 The Italian market’s resilience shows first-nine-month statistics coming in strongly ahead of 2019’s numbers as well as those of 2020.

A member of the Torino International Book Fair audience shows the photographer his copy of the Sperling & Kupfer release ‘Massimiliano Allegri: È Molto Semplice’ during an appearance by the Juventus manager and former player. Image: TIBF

In the first nine months of this year, Italy’s publishing industry has seen book sales across the market rise by 29 percent over the same time frame in 2020.

The Association of Italian Publishers (Associazione Italiana Editori, AIE) reports that including fiction and nonfiction sales in both physical and online channels as well as in large-scale distribution venues, the market is now showing sales worth €1.04 billion (US$1.2 billion), January through September.

Even over 2019, prior to the first coronavirus COVID-19 pandemic year, these new figures show an increase in the book business of a very healthy 16.2 percent.

More detailed information is to be released by the association with NielsenIQ on October 15 at the Torino International Book Fair (Salone Internazionale del Libro), which runs October 14 to 18. The Torino fair is in its 34th year and counts itself the largest such event in Italy.

“A trend that we had already observed at the end of 2020 and then in the first half of the year,” says AIE president Ricardo Franco Levi, “now has been consolidated.

“These are numbers that require careful reflection and we’re happy to be able to do it together with major players of the sector on the occasion of the Torino show,” he says, “the in-person reopening of which is a new sign of the vitality of Italian publishing.”

In that upcoming presentation, GeMS president and managing director Stefano Mauri will be joining Levi to discuss the newly revealed numbers.

In their session in Torino, Giovanni Peresson will present “The Book Market in the First Nine Months of 2021” with moderation by the journalist Sabina Minardi of L’Espresso.

Levi then introduces the discussion and debate to follow, when he and Mauri are joined by Enrico Selva Coddè, vice-president and managing director for trade with Mondadori Libri; Isabella Ferretti of 66thAnd2nd; Vittorio Anastasia of Ediciclo; and the AIE’s vice-president, Aldo Addis.

The Program Planned for Torino 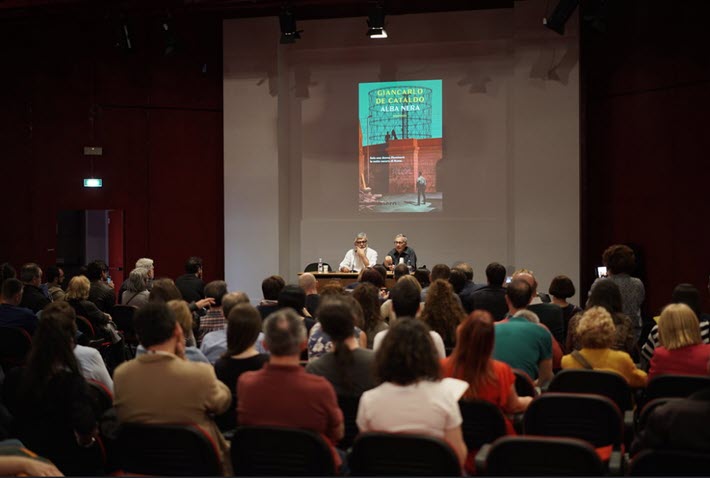 For those able to be in Torino , the program agenda is this:

“Reading in the Pandemic No. 1: New Directions in Italian Reading”
Presented by the Center for Books and Reading with AIE
October 14, 3:30 to 4:30 p.m. CEST in the fair’s conference Sala Blu

“The Schoolbook: A Door for Reading”: Support Strategies Between the Market and Public Intervention
Presented by AIE with the Italian Booksellers Association
October 16, 1:15 to 2:15 p.m. CEST, in the Magenta Room

Note also that the Italian Publishers Association will again be at Frankfurter Buchmesse, this year in Hall 4.1 / E31.

On October 20 at 12 p.m. CEST, the research department of the association is to report on the state of publishing in Italy in 2021, with highlights of its full set of data and analysis in its presentation.

Italy is slated to be the guest of honor market at Frankfurt Book Fair in 2024. 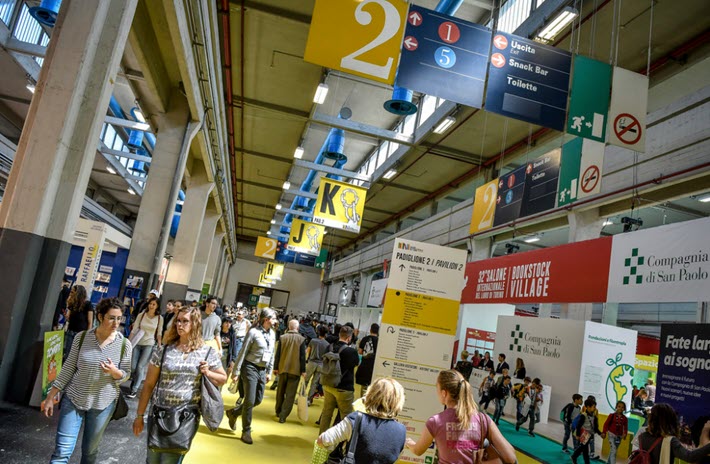