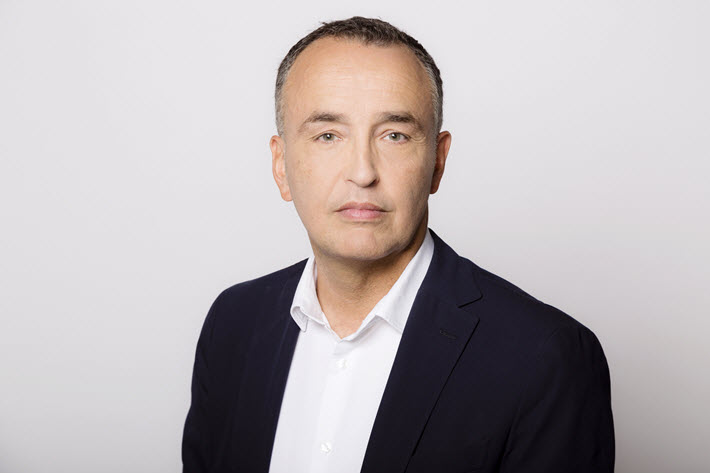 The collective stand for French publishers organized by the Bureau international de l’édition française (BIEF) each year at Frankfurter Buchmesse is one of the fair’s largest, spread over 640 square meters (6,889 square feet).

Nicolas Roche, BIEF’s managing director, says that until late this summer—although the Hachette group had announced in early June that it would not be attending the fair—120 publishers had planned to join the collective stand. And it would have been even larger than usual for social distancing measures.

“We thought for a long time that Frankfurt would go ahead,” Roche says, “and that it would be the one time this year that the French could meet with their international colleagues.”

BIEF had offered free space to smaller publishers with annual sales revenues under €750,000 (US$878,778), and significant discounts for those with revenues under €7 million (US$8.3 million). Big groups that usually have their own stands had decided to join the collective stand, because they’d be sending fewer people to the fair.

“What this crisis has highlighted is that publishing remains a business where human contact is very important.”Nicolas Roche, BIEF

But when Germany classified the Ile de France region (where the majority of publishers are located) as a red zone on August 24, “Everything became super-complicated,” Roche says.

“I was very impressed by Juergen Boos’ team, which tried its best. But in the end, we had to face the facts.” It’s improbable, Roche adds, that a physical collective stand will be held at any fair before the end of the year.

And will BIEF participate in a collective way in cyberspace on the Frankfurt platform?

“We’ll be watching the virtual fair very closely,” Roche says. “However, the virtual fairs held over past months were not always very successful, whether it was due to complex administration, or user experience and the fact that there were often sellers, but no buyers. So I’m waiting to see what the added value of these platforms are.”

Roche says the publishers who previously had decided not to travel to Frankfurt had scheduled their appointments far in advance, “And of course you don’t need a platform for that.”

Waiting to See What Will Be on Offer

In the future, BIEF will have a role to play at virtual fairs, Roche says, but it may be more focused on organizing events or master classes that might be interesting for publishers.

“Even if most of the business at fairs is carried out by the bigger publishers,” he says, “it’s a moment when smaller publishers can meet people and take advantage of workshops and such.”

There’s been some buzz around the matchmaking tool that Frankfurt is offering, Roche says, which can be interesting for publishers coming to the fair for the first time. However, Roche says, “Publishers like Glénat or Gallimard don’t really need that. They already have their contacts.”

For now, Roche says, everything is on hold and people are waiting to see what will be on offer.

“It’s a new world, it’s an interesting one, and we’re trying out new systems with webinars with foreign publishers, and so on.”Nicolas Roche, BIEF

“We’ll have a meeting with French publishers following the fair to see what we can put into place with the organizers.

“What this crisis has highlighted,” he says, “is that publishing remains a business where human contact is very important. We’re not always able to communicate virtually our enthusiasm about a title or meet potential new partners. It’s a new world, it’s an interesting one, and we’re trying out new systems with webinars with foreign publishers, and so on. But it will be a difficult year for rights sales, and not just for the French.”

And for the moment, BIEF is putting into place a system of cooperation with French Institute offices abroad in cities including Moscow and Guadalajara, where book fairs are coming up.

Books will be sent to the French Institutes along with a catalogue in English—and when required in Chinese or Arabic—for local publishers. When a French bookshop is located in the city, it will be invited to sell books to the public, so that it will be a semi-professional event open to the public.

An exception will be made, Roche says, for the China Shanghai International Children’s Book Fair scheduled for November 13 to 15, in which the organizers have given BIEF a physical stand at a discounted rate. The French book office in Beijing will play a large role, he says, in coordinating the event.