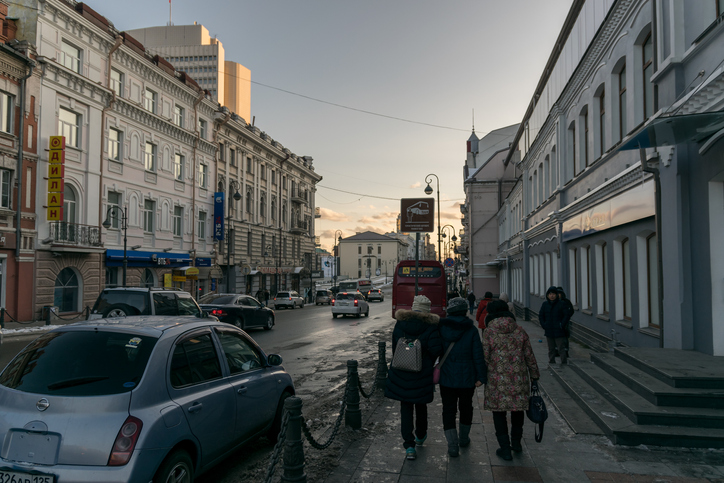 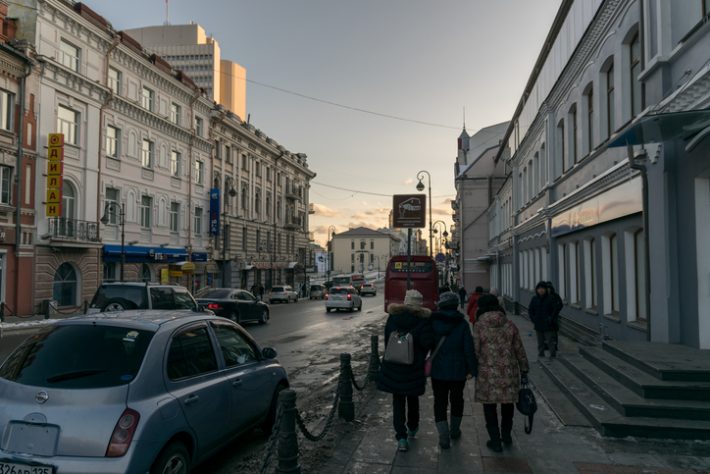 On Aleutskaya Street in Vladivostock. Pirated textbooks reportedly are sold in the outlying regions and cities of Russia at discounted prices. Image – iSTockphoto: Arndt Vladimir

Despite government efforts that many in Russian publishing have hoped would curb the country’s widely criticized issues with book piracy, the problem continues to be a major headache in the educational book sector, according to comments made in the national press.

In these cases, the question isn’t digital-book piracy, but print.

A report from Vera Chereneva in Rossiyskaya Gazeta indicates that St. Petersburg police have seized more than 160,000 counterfeit textbooks recently. The volumes apparently were printed by a legitimate press which was reportedly responding to what appeared to be a legal order from a publisher. According to assessments of the ministry of internal affairs, the total loss to the trade of this many pirated book copies is some 12 million rubles (US$177,360).

Platon Romanov, director of an independent bookstore named for the city, is quoted  by Chereneva saying that educational books are especially attractive to pirates because a trade title may be given a printing of only 3,000 copies but a textbook will have hundreds of thousands of copies, as well as reprints.

“No printing house will ever ask if anyone who wants to publish a book has the right to publish it,” Romanov tells Chereneva, adding that printers protect themselves with disclaimers that say copyright issues are the responsibility of a publisher, not a printer.

This echoes comments from specialists at the ministry. They say textbook piracy can be worth millions of rubles annually. A spokesman for the internal affairs minister Vladimir Kolokoltsev says that in order to accomplish such piracy at scale, the criminals are scanning and rapidly making press runs from their scans.

Kolokoltsev says pirated books usually are thus of poor quality, with faded illustrations, bleeding fonts, and badly printed segments. Very often counterfeit books have pagination issues, as well, he says. Ministry staffers say they believe the high profitability levels of Russia’s illegal book market can be explained not only by the savings made on shoddy publishing, but also on payment of taxes and royalties.

This big-business level of piracy is normally a function of organized crime, according to authorities speaking to the media. After printing fake books, pirates distribute them in the provinces at prices 20 or 30 percent lower than their legally produced counterparts, Chereneva writes, citing estimates that in St. Petersburg pirated copies of Harry Potter books run into the thousands of copies, 11 years after the latest release.

According to a representative of the ministry of industry and trade, one potentially useful route is the placement in each book of a code that a consumer can use to determine the authenticity of the book by a text message or online, a practice being used in some other industries.

But this would rely on a consumer’s interest in having an authentic copy, and to date there doesn’t seem to be a major demand for such assurance. According to officials, the number of complaints submitted by Russian customers to state regulators on counterfeit books is insignificant.