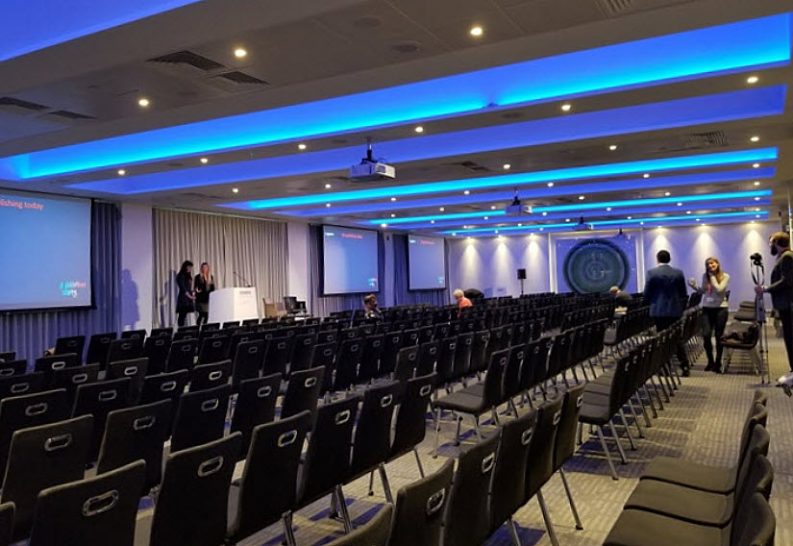 Highlighting people and projects in digital publishing, the FutureBook of the Year Award is sponsored by the Frankfurter Buchmesse. 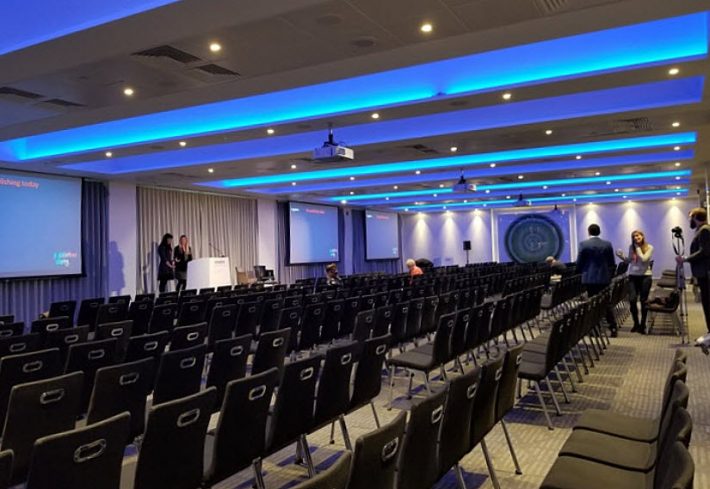 At the FutureBook conference 2017, the plenary room at Bishopsgate London in preparation for the audience. Image: Porter Anderson

This year’s FutureBook conference from The Bookseller on November 39 in London—this year branded FutureBook Live—will feature the customary round of FutureBook Awards, and the prize program has been closely followed by the UK book industry during its eight years of operation.

As Publishing Perspectives has reported

, the shortlists for the awards were announced at Frankfurter Buchmesse, which is a sponsor of the conference and now is announcing its sponsorship of the FutureBook of the Year award.

This is something of a wildcard category in that the FutureBook of the Year, as described by the organizers, “celebrates innovative books whether they are print books, audiobooks, ebooks, enhanced ebooks, apps, or site-based. They can be in any format including (but not restricted to) audio, apps, ePub, iBA, Kindle, HTML or print.”

As it has turned out, the six projects in the running for FutureBook of the Year include two audiobooks, as well as one print book with integrated audio, and a medley of audio, art, and animation as featured in The Real Thing, a bundle of short love stories from Amazon Publishing.

Augmented reality pops up in something being dubbed “the first ever AR-powered novel,” The Ghostkeeper’s Journal and Field Guide from Carlton Books, while WatAdventure in Australia, from the new kids’ publisher WatAdventure, focuses on crowdsourcing parts of the book from its young readers through PopJam.

In a prepared statement about the sponsorship, Matthäus Cygan, director of business development for the international trade industry with Frankfurt, is quoted, saying, “It is as important as ever to be championing innovation in our industry, and the six titles on the shortlist for FutureBook of the Year are all worthy contenders.

“Each project is very different and we are all excited to see who will be crowned the winner at the end of the month.”

The Bookseller has released its conference preview for FutureBook Live as of Friday (November 9) and you can see it online in a Yudu format here.

More from Publishing Perspectives on Frankfurter Buchmesse is here; on London’s FutureBook Live conference is here; and on awards in publishing here.